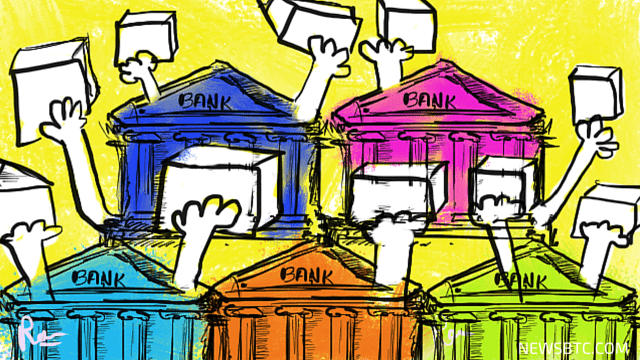 Byran Glick from Computerweekly.com writes a compelling piece on how serious an issue blockchain is for banking industry:

So, why the sudden and rapidly growing interest? Banks are realising thatdigital disruption is on their doorstep. In the early years of the 2000s, all their tech innovation was focused on exotic and ever-more complex financial instruments to squeeze extra margin out of the banking value chain. That led to the 2008 crash as the complexity created went beyond even the big institutions’ ability to prevent disaster.

Since the crash, the focus has been on technology for risk and compliance. But now the sector is feeling a degree of economic confidence again, new technologies such as blockchain are emerging that present both a threat and an opportunity.

“This is the voice over IP moment for financial services,” he said. “You can go on Skype today, dial your grandmother, have a conversation, hang up, and you’re doing nothing different than 20 years ago when you picked up the phone and there was an analogue dial tone and it was routed over switched networks.

“Similarly, blockchain doesn’t do something fundamentally different for the user, but the voice over IP stack has been transformative and disruptive. We need to separate the user experience from the guts of the infrastructure and the consequent reduction in operating costs.”