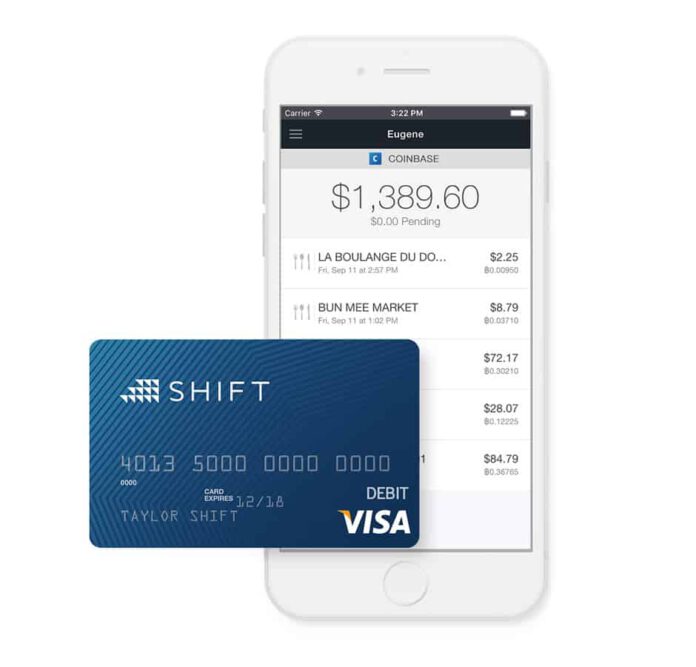 Coinbase announced a new Bitcoin debit card that will allow U.S. users to pay with Bitcoin anywhere Visa is accepted.

Today, we’re excited to introduce the first US-issued bitcoin debit card, the Shift Card. The Shift Card is a VISA debit card that currently allows Coinbase users in twenty-four states in the U.S. to spend bitcoin online and offline at over 38 million merchants worldwide.

Merchant adoption has come a long way over the past few years, but it’s still difficult for people to make regular purchases with bitcoin. Buying gas at a local gas station or groceries at a neighborhood grocery store with bitcoin has not been possible in most cities in the U.S. Thanks to Shift Payments, it’s now possible to use bitcoin to buy gas, groceries, and much more. With the Shift Card, you can now spend bitcoin anywhere in the world that VISA is accepted.

The card is the result of a deability to pay with Bitcoial with Shift Payments who teamed up with Visa on this new card, giving card users the n at 38 million merchant locations.

The card will be available to Bitcoin owners in 24 states in the U.S. and can be used to make purchases both at physical retailers and online. To get the card, Coinbase users need to connect their account to the Shift payments system, provide an address, and pay a $10 card-issuing fee (paid for with Bitcoin, of course).