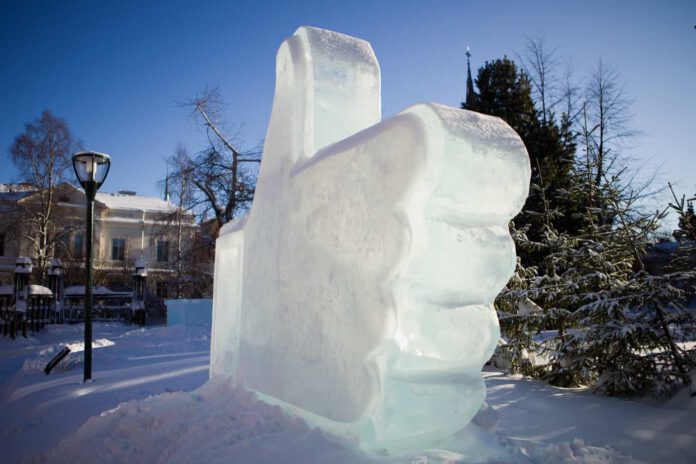 Blockchain infrastructure provider KnC today announced plans to build another data center in Boden – the Blockchain computing community within The Node Pole. This was unveiled by CEO Sam Cole during the opening ceremony of the Arctic Chain Hackathon today.

The new data center, which will be KnC’s fourth data center in The Node Pole, is a direct response to a growing market demand, where not only cryptocurrency functions but also a growing number of other blockchain technology applications drives an increasing global market demand for smart and efficient computing capacity – an area where KnC’s combination of smart computing hardware, software models and attractive business applications has led to them dominating in the global market.

The new data center will be located in Boden – the blockchain community within The Node Pole where also Hydro66 is located, and this will be the second mega data center built on the 8000 m2 site where KnC built another center earlier this year – and KnC’s fourth data center in The Node Pole.

With a total capacity of 30 MW, the new center will be utilized mainly for Blockchain security applications utilizing 16 nanometer technology – a sort of unique ‘turbo engine’ for Blockchain computing, vastly more efficient and powerful than other technologies currently available in this market. KnC already today has customers from across the world lined up for taking part in the new services offered using the new data center, and KnC is exclusively relying on locally sprung talent for both building and setting up the new center.

The new data center plans was unveiled during the opening ceremony of Scandinavia’s first ever blockchain hackathon event – Arctic Chain Hackathon – an event where talent from all around the world are invited and challenged to come up with the best business ideas and coding solutions using blockchain technology.

“The new center is another milestone for us going forward, and what better way to unveil this news than in front of these bright minds present here in Boden at the first ever Scandinavian Hackathon. I’m actually hoping to find some people here today to help us in running the new center and coming up with new innovations going forward!” comments Sam Cole – CEO and Co- founder of KnC.

Anne Graf, Investment Director of Sweden’s largest data center cluster The Node Pole – where KnC as well as global cloud computing players such as Facebook and Hydro66 are already embedded – sees today’s news as absolute proof of KnC success, as well as of the bright future of both KnC and the entire cloud computing cluster within The Node Pole.

“This is of course great news for KnC, The Node Pole as well as both the Boden municipality and the entire Swedish cloud computing market. KnC continues to prove that they are an integral part of the new digital and intellectual infrastructure that will drive innovation and development over the next decades”, comments Anne.

The new data center news also correlates with a surge in the prospective cloud capacity market, forecasted to double in number of European mega data centers over the next four years. KnC’s new mega data center is scheduled to be operational by early spring 2016.

Founded in 2013, KnC is a global technology leader in the Blockchain space, providing efficient, secure and green blockchain power to the world. KnC also has an exceptional track record of delivering next generation ASIC chips to the market. Based in Stockholm, Sweden, KnC develops state-of-the-art chip design and cloud services for blockchain-based applications incl. cryptocurrency mining. KnC also runs industrial-scale operations in other locations globally, with the main focus within the Arctic Circle. Read more at www.kncgroup.com

About The Node Pole

The region has earned the epithet The Node Pole due to its northern position and emergence as a global hub for data traffic and data management innovations. Sweden enjoys one of the lowest electricity pricings in Europe and one of the world’s premiere digital infrastructures and high tech labor forces. The region is one of the most geologically, politically and socially stable areas in the world. Read more atwww.thenodepole.com