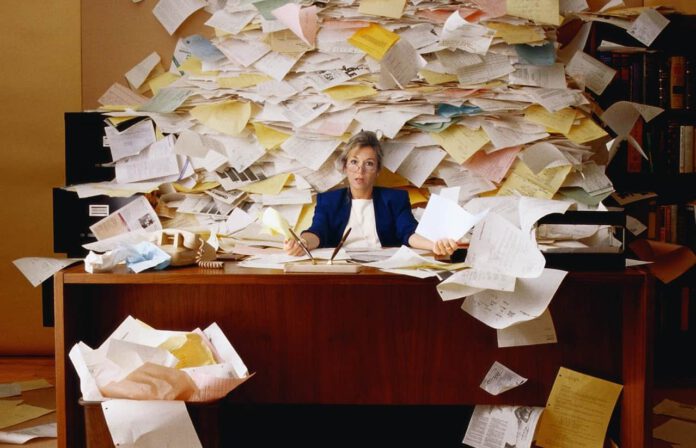 Accenture’s North American Managing Director of IT Strategy, Abizer Rangwala , has recently written a blog post outlining his vision regarding how his company is going to utilise Blockchain Technology.

So here we stand at the dawn of 2016, looking forward to change and trying to predict whether blockchain will indeed prove to be the next Internet-like change driver. I’m aligned with those who see the use of blockchain as continuing to gain momentum and expect it will have a profound effect on business. This is starting to happen now, especially in retail and in banking.

He goes on to note the real advantages:

Security is one of the biggest reasons that companies are investing in blockchain research.

The nature of blockchain as a distributed database makes it difficult and prohibitively expensive to unilaterally edit, since so many copies exist.
Trust is another virtue of blockchain.

The blocks provide transparency and record the history of a particular contract or deal. It’s an effective way to establish provenance of a painting or ownership of a diamond, with all the “paperwork” digitally attached to the item, lessening the chance of fraud.

Dealings are more direct. Blockchain transactions are conducted by the parties themselves with no third party or central body acting as intermediary.

It can be more open or more private depending on how the technology is used.
Efficiency is a major draw for blockchain. Contracts or transactions are frictionless and can be done more quickly and less expensively than conventional business dealings, opening the way for very tailored arrangements.

And adds more on how it can be used:

Blockchain can be used to trade stocks and bonds. Nasdaq is building a system to use blockchain in private markets, while Overstock just received SEC approval to use the blockchain to issue its stock via an alternative trading system (ATS) rather than the NYSE and Nasdaq. Overstock is already issuing bonds through cyptosecurity technology developed by its subsidiary and plans to begin using the technology as a service to allow other businesses to securely issue capital-market products. .

Secure information storage is a valuable usage for blockchain. It can store medical records for health insurance and health care, and Genecoin is promoting a service that allows customers to store a copy of their DNA on blockchain. Similarly, it’s hard to imagine the authentication of IDs, property ownership and value through an immutable ledger not catching on. For insurers, this would be a big boon to reducing fraud and settling claims.

The effect of blockchain for insurance products is a not as clear-cut and will likely take longer to emerge than for banking. The speed and ease with which contracts could be changed and the time-stamping feature of blockchain could, for example, facilitate individualized contracts that reflect actual risk, such as on-demand auto insurance effective only during hours a car is being driven.

Blockchain could prove important in creating and managing large layered commercial insurance programs where different organizations assume separate layers of the risk. Similarly it could also be used to manage insurer-reinsurer transactions.

Another development could lie in affinity group or P2P (peer to peer) social insurance mechanisms that take advantage of blockchain contracts to bypass insurers and fund their own coverage pool. In this case, the role for insurers could be quite specialized in areas like risk management and complex claim handling.

Finally, while there has been tremendous investment in startups using blockchain, there is also a powerful counterforce to keep blockchain open and accessible in the form of the Open Ledger Project. This is a brand new partnership of the Linux Foundation and a diverse group of major companies such as Accenture, Cisco, the London Stock Exchange, IBM and State Street to create a free and open-source version of a new technology under the name “Hyperledger.” Its task is to re-imagine supply chains, contracts and other ways information about ownership and value are exchanged in a digital economy. How would this work, taking into account the ecosystem concept? Think about buying a new house. Imagine signing the multitude of documents, setting up the escrow and title, acknowledging the appraisal, ordering the homeowner’s insurance policy (and tying it to your current car insurance policy) and transferring the money—and doing this all in days rather than weeks or months. Blockchain could help make something like this possible.