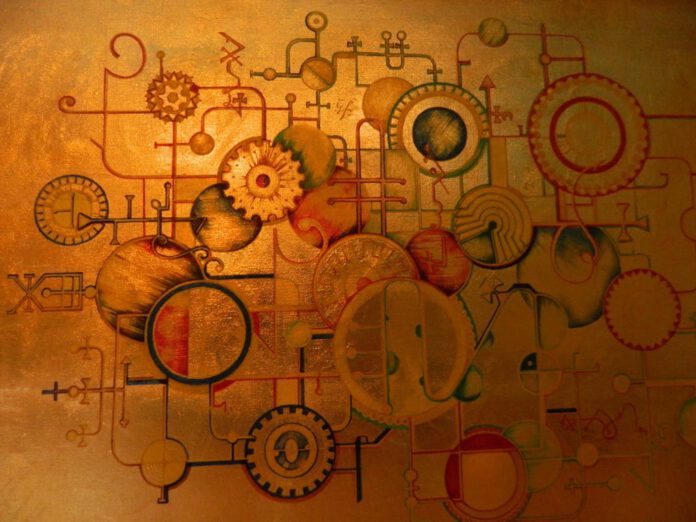 Lana Smiley a journalist at CoinTelegraph, has written a great piece called Blockchain and Arts: TOP-5 Projects Applying Blockchain in 2015. She talked to Masha McConaghy, a curator and co-founder of the Berlin-based startup, Ascribe, who outlined some of the most interesting art projects of 2015 that use Blockchain technology.

“In the physical art world there is a great need in clean provenance. Here where blockchain technology will play an important role. In Germany, especially after the discovery of Gurlitt Collection the Provenance research became the most important topic. The unregulated art market is in need for transparency and regulation and blockchain can dress a lot of issues”.

It is a digital gallery, launched by the successful Dutch, Berlin-based artist Harm van den Dorpel. The project helps artists selling their works which are “downloadable objects”. Left Gallery uses BitcoinCT as a payment option.

IkonoTV is the first television channel broadcasting art 24/7 in HD. The channel collaborates with more than 1000 international artists, over 200 collections, archives and the most significant museums of the world.  IkonoTV is using the Blockchain to make sure their artists are properly attributed. The technology is also applied to signing contracts cryptographically so that copyrights are always clear. The channel reaches a viewing audience of more than 300 million people.

Cointemporary is an online platform for exhibiting and selling artwork. The platform is dedicated to a single piece of art for 10 days, during which it is exhibited and can be sold for a fixed price in Bitcoins. After the work is sold or the 10 day period passes, the platform exhibits another piece of art for another 10 days. Cointemporary is a project by two Vienna-based artists, Valentin Ruhry and Andy Boot, that pioneered selling art for Bitcoin, and more recently blockchain-ascribed digital art. Masha McConaghy stated “they are going to dedicate the 2016 only to digital works”.

N3uro is a marketplace that sells thoughts. Literally. The platform captures brainwaves of people, and sells the recordings of those brainwaves as limited digital editions. Literally, they sell blockchain-ascribed brain scans. The official N3uro website states that “these limited digital editions are possible via a combination of copyright & contract law, and the bitcoin blockchain as an ownership registry”.

p dir=”ltr”>Plantoid is a Blockchain-based robot that uses Bitcoin donations to replicate itself. It hires artists to replicate and improve. Basically, it is a DAO that spans both the physical and electronic worlds, and raises questions about copyright and ownership. Quite an interesting invention that can make art “a living being that creates and replicates itself”.