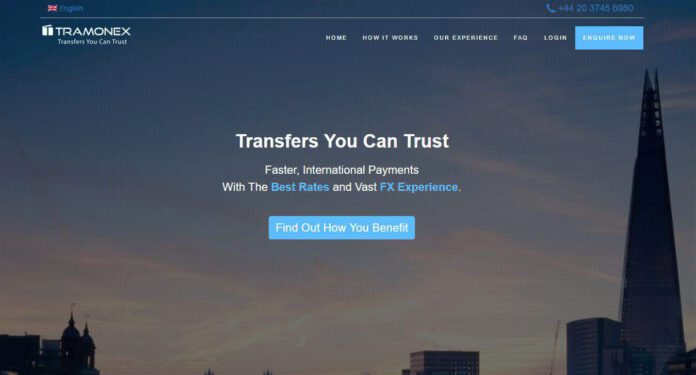 London-based forex startup Tramonex has scored a £250,000 grant from the UK government to develop a prototype for cross currency payments using Blockchain technology.

“It’s only a question of time until Blockchain technology goes mainstream and becomes the standardised option for cross-currency transfers. With this grant, Tramonex wants to provide a platform to create a common standard, to ultimately reduce the time and cost to transact across currencies.”

Tramonex says that the money, secured through Innovate UK, will let it build a prototype to facilitate conversion and settlement services using Blockchain ledger technology, slashing average transaction times from days to under a minute.

In addition, the startup claims the prototype will cut the transfer costs significantly, making FX services much more affordable to small and medium businesses. Currently, the firm says, traditional banks often still consider SMEs too risky, limiting their ability to trade across borders, and charging them uncompetitive commission fees.