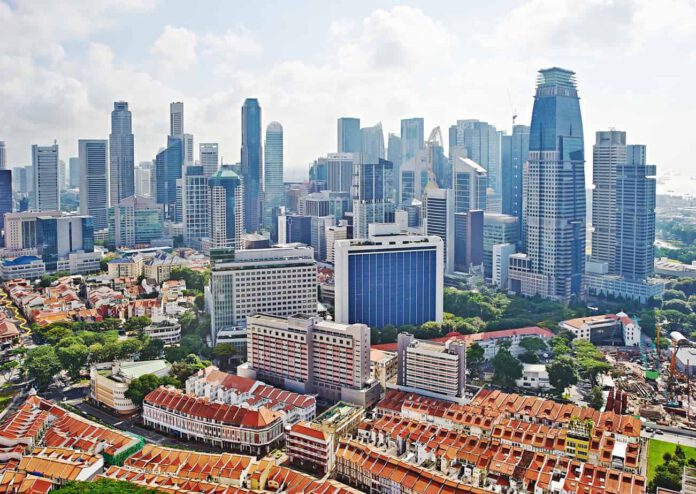 BANK of America Merrill Lynch, HSBC and the Infocomm Development Authority of Singapore announced on Wednesday that they have jointly developed a prototype solution built on Blockchain technology that could change the way businesses around the world trade with one another.

Ian Allison from IBI Times got the scoop on the new deal:

The application mirrors a paper-intensive Letter of Credit (LC) transaction by sharing information between exporters, importers and their respective banks on a private distributed ledger. This then enables them to execute a trade deal automatically through a series of digital smart contracts, said a statement.

The consortium now plans to conduct further testing on the concept’s commercial application with selected partners such as corporates and shippers.

“We are continuously looking for ways to simplify and improve transaction processing for our clients. Blockchain has reshaped our thinking on how to make transaction processes more efficient and transparent for all parties. The success of this proof of concept is a significant development towards digitising trade transactions, potentially resulting in considerable benefits to the supply chain process.”

“Many people are talking about the theory of Blockchain, but for the first time we can start to see how this technology might be used to solve the real world challenges our customers face. It’s really exciting to have a valid proof of concept. Letters of Credit are an important part of the trade system, but they are based on 20th century technology, not 21st. Our challenge is to take this from concept to commercial use; making it quicker and easier for businesses to connect with new suppliers and customers at home and abroad.”

“A letter of credit or LC conducted on Blockchain enables greater efficiencies and visibility in trade finance processes, benefiting multiple parties across its value chain. With participation of more members, greater impactful benefits will be realised by the trade ecosystem. As part of the Smart Nation journey, partnerships and the adoption of such innovations can help transform the banking and finance sector.”

The application mirrors the traditional paper-intensive letter of credit (LC) transaction methodology used for sharing information between exporters, importers and their respective banks but does this on a private distributed ledger. This then enables the users to execute a trade deal automatically through a series of digital smart contracts.

Trade finance processes are typically time and labour-intensive, involving multiple documents and checks to reduce risk and provide assurance to sellers, buyers and their banks. An LC, or documentary credit, is essentially a guarantee provided by a bank that a seller will receive payment from a buyer once certain conditions are met; for example, once the seller can provide proof that they have shipped the buyer’s goods.

According to the consortium, the proof of concept shows the potential to streamline the manual processing of import/export documentation and improve security by reducing errors.

This could also increase convenience for all parties through mobile interaction and make companies’ working capital more predictable.

The consortium now plans to conduct further testing on the concept’s commercial application with selected partners such as corporates and shippers.