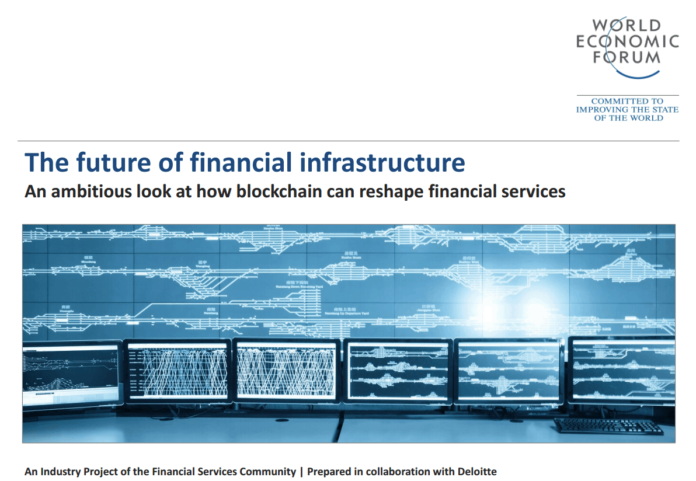 The World Economic Forum, best known for its annual meeting in Davos, Switzerland, includes various members of the global financial elite,  stated in a 130 page report released Friday that their findings suggest Blockchain Technology – also known as Distributed Ledger Technology (DLT) – has the potential to ‘live-up to the hype’ and reshape financial services, but  it will require careful collaboration with other emerging technologies, regulators, incumbents and additional stakeholders to be successful.

The study, which was based on a year of research and discussions with financial institutions around the world, notes that 80 per cent of banks are expected to start these projects in 2017 and that more than 90 central banks are currently discussing the use of the technology. 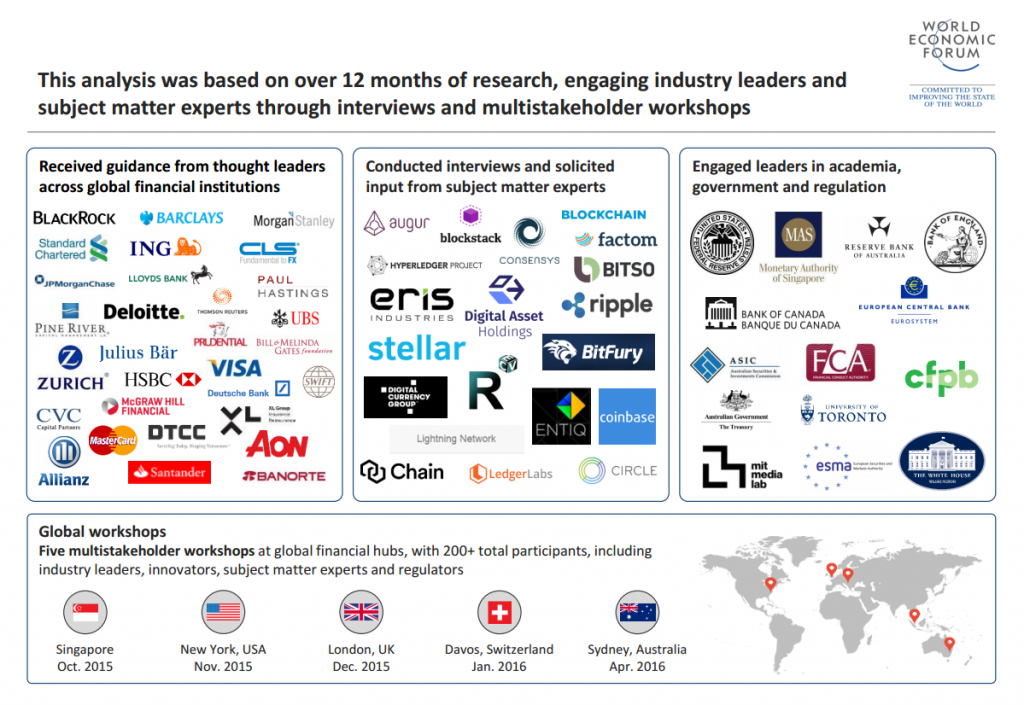 “Rather than to stay at the margins of the finance industry Blockchain will become the beating heart of it,” the head of financial services industries at the World Economic Forum, Giancarlo Bruno, said in a statement released with the report. 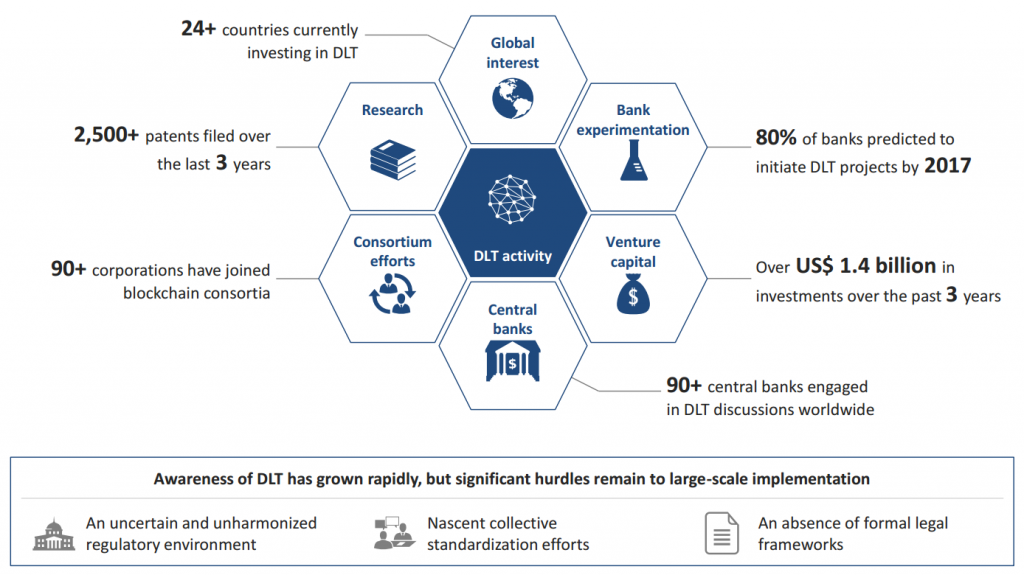 Applications of DLT will differ by use case, each leveraging the technology in different ways for a diverse range of benefits.

Digital Identity is a critical enabler to broaden applications to new verticals; Digital Fiat (legal tender), along with other emerging capabilities, has the ability to amplify benefits.

The most impactful DLT applications will require deep collaboration between incumbents, innovators and regulators, adding complexity and delaying implementation. New financial services infrastructure built on DLT will redraw processes and call into question orthodoxies that are foundational to today’s business models.”

This report, says the New York Times, is a huge step toward legitimizing the technology behind bitcoin in the financial mainstream:

The World Economic Forum report notes that most developments are likely to happen behind the scenes. So consumers won’t see the changes to infrastructure, but the changes could lead to cheaper and faster financial services. The report says the technology could help improve both mainstream transactions, like global payments and stock trading, and lesser-known areas like trade finance and contingent convertible bonds.

The 130-page report from the forum is the product of a year of research and five gatherings of executives from several major institutions, including JPMorgan Chase, Visa, MasterCard and BlackRock.