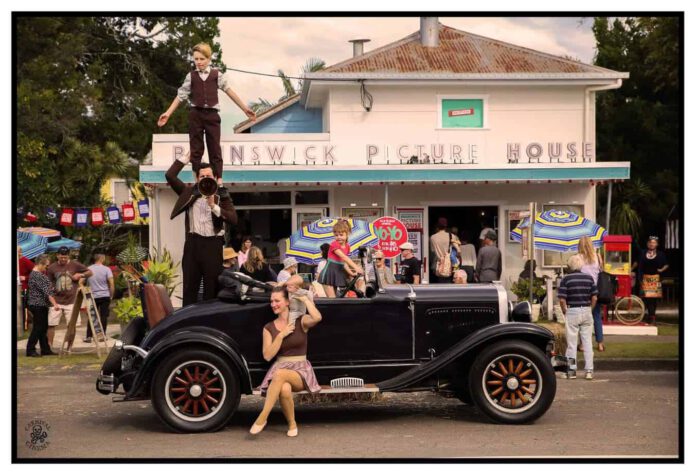 While there are several Ethereum projects currently being created, The Pitts Family Circus is the first attempt at an Ethereum financed movie, which eventually will share the profit of the films production with investing Ethereum holders via Smart Contracts on the Ethereum Blockchain.

The feature film based on the unique Australian circus family The Pitts and was written by Ken Fanning & Tony Caradonna, is directed by Ken Fanning and produced by Chicago company aKenEvilThing. With humble beginnings 15 years ago as a street theatre show The Pitts have toured the world seven times and grown into a charming family circus that is hugely popular with crowds wherever they appear.

With only 666 limited shares available, the shares are 10 ETH each, but there is also the possibility to buy fractional parts of a full share.

Token holders can invest in the crowd-sale via an Ethereum smart contract and they will receive a Ethereum based ROI for the next 20 years. In detail shareholders will receive 50 percent of the yearly profit after tax until the year 2036. The movie production and its investment are legal settled on the law of Switzerland and incorporate the benefits of the  Swiss tax system.

It has been an exciting year for the Ethereum world computer and its community. Several projects have been founded since the move to Homestead and the ecosystem is still growing rapidly. While Bitcoin is still the internet of money, people now can imagine a little more how Ethereum`s DAPPs and smart contracts could affect future life.

The horror-comedy will be produced from the early 2017 in Australia and in the alps of Switzerland. The movie will be presented on film-festivals in 2018 and will be screened in in cinemas all around the world.

With this new method of funding independent productions, can gain a multiple return-on-investment.

If the Ethereum price continues to rise while the movie is being produced, additional resources could be used to improve the films success and therefore the investors ROI.

Community involvement and active story based placement of Ethereum projects and products could be essential key factors on the roadmap. Finally the project should bring a long-term benefit to investors and will strength the community. Interested people can find more information on www.the-pitts-circus.com or invest directly with a smart contract: 0x0C7c0b72004A7a66fFa780637427fEd0c4FaAc47