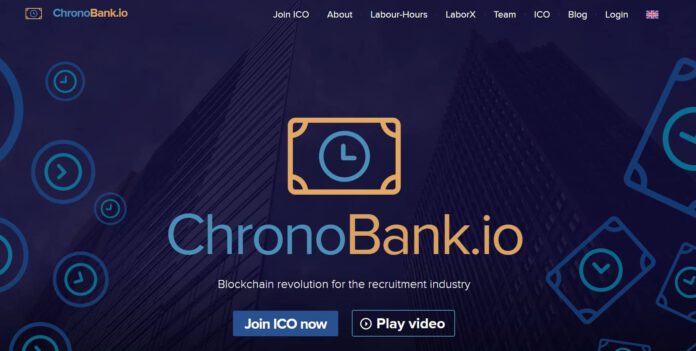 ChronoBank’s ICO will soon be launching their crowdfunding effort at ChronoBank – which starts at 00:01 UTC on 15 December and ends at 23:59 UTC on 15 February 2017.  The initiative combines time-based cryptocurrency payments with the sharing economy to offer employers and freelancers easy access to each other.

“LH WILL TRADE ON OUR LABORX EXCHANGE, ALLOWING INDIVIDUALS AND ORGANISATIONS TO BUY AND SELL THEIR LABOUR TIME. HOWEVER, USING A DECENTRALISED REPUTATION SYSTEM WE CAN MAKE SURE THAT WORKERS ARE REWARDED IN LINE WITH THEIR EXPERTISE, TRAINING AND TALENT, AS WELL AS WITH THE COST OF LIVING IN THEIR COUNTRY,” SAID SERGEI SERGIENKO, WHO IS BOTH CO-FOUNDER OF EDWAY AND CEO OF CHRONOBANK.

ChronoBank’s ICO will distribute TIME tokens to investors on the Ethereum Blockchain. TIME holders will be rewarded with transaction fees every time LH tokens are created on their various Blockchains, or traded on LaborX.

Initiatives like Uber and Airbnb have shown how powerful disintermediation can be, and how the sharing economy is growing as people increasingly look outside of traditional structures of business to access goods and services. Now ChronoBank.io are launching their long-awaited ICO to fund marketing and development for a platform aimed at disrupting the short-term recruitment sector in the same way.

ChronoBank is an evolution of timebanking, a well-established idea that allows participants to swap an hour of work for a time credit, which can then be used to buy labour or other facilities from participating businesses. One of the best-known timebanking systems is Ithaca HOURS, founded by visionary and activist Paul Glover – who is also a consultant for the ChronoBank project. But, he says, there is a fundamental difference now to when he launched HOURS, 25 years ago.

“ITHACA HOURS BEGAN BEFORE THE WORLD-WIDE WEB AND EMAIL. AS MORE COMMERCE MOVES ONLINE, CASH IS ECLIPSED BY ELECTRONS. SO I’M LOOKING FORWARD TO HYBRIDIZING PAPER, COIN AND E-TRADE.”

The lifeblood of ChronoBank is Labour Hour (LH) tokens, which will be created on a range of Blockchains, including ETH, ETC, Waves and others. These will each represent an hour of labour and will be redeemable with participating organisations. Australian labour-hire company Edway, which has 400,000 customers, has already signed up to use ChronoBank’s services, and several other large labour-hire companies have expressed interest. Because labour hire costs tend to rise above inflation, LH will be an excellent store of value and will likely be adopted by cryptocurrency traders as well as for their primary purpose, to purchase labour. LH coins will be created for each country, since different countries have a different cost of living and average wages.