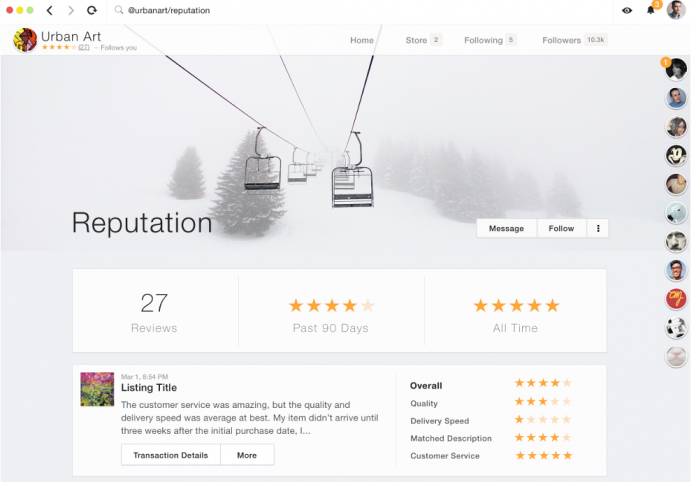 The company behind decentralized marketplace OpenBazaar, OB1, has raised $3 million in new funding from BlueYard, Union Square Ventures, and Andreessen Horowitz. This adds to their ability to build of a new online marketplace that removes third parties from both payment and structure… a kind of Silkroad meets eBay on the real web, which is completely free to use, permissionless, open source, and no one can impose restrictions on what can be sold.

“The reach and diversity of OpenBazaar usage shows the potential for decentralized applications: within a week of its release, buyers and sellers from 129 countries joined the network and began transacting with each other for free.

We believe OpenBazaar has an opportunity to fundamentally transform the market structure of commerce, and we’re excited to welcome BlueYard as a new partner and co-investor in OB1.”

OB1 previously raised a $1 million seed round from Union Square Ventures, Andreessen Horowitz and angel investor William Mougayar in May of 2015 in order to build and launch OpenBazaar, a completely decentralized marketplace that allows anyone in the world to buy and sell anything to anyone else, anywhere, for free.

The peer-to-peer software isn’t controlled by any company or organization, allowing its participants to engage in trade directly with each other using Bitcoin. By removing the intermediaries for commerce online, OpenBazaar enables its users to avoid paying fees or having their trade controlled by middlemen. OpenBazaar has been used by tens of thousands of people internationally since its launch in April of this year.

This new round of funding will allow OB1 – with assistance from contributors around the world –  to continue improving the open source software and growing the peer-to-peer trade community. OB1 is among an ecosystem of businesses building on the OpenBazaar software and offering their own services to users on the network. OB1 CEO Brian Hoffman said, “After launch we were so excited to see how people have been using OpenBazaar, and with this new funding we’re confident it will allow us to bring the benefits of truly free and open trade to the world.”

The OB1 team has written about their vision for the future of OpenBazaar – including the upcoming 2.0 version of the software – in this article.

They have a great community behind this open source project. If you’d like to join the community, come visit them in their Slack group.

If you’re a developer, they would love help with the 2.0 version of the software, both client and server repositories.

If you’re not a developer but you’ve used OpenBazaar, they want to hear from you in order to make the 2.0 version the best it can be and have a buyer survey and a vendor survey to learn what works and what doesn’t.