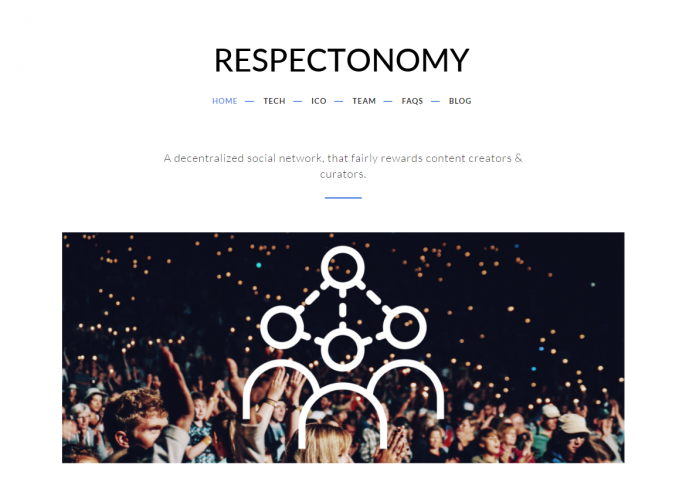 Blockchain Startup Respectonomy, a decentralized social network, that fairly rewards content creators and curators has just launched further details of their upcoming ICO and they are giving a whopping 25 percent  bonus on 1st day of ICO.
The team have also launched their  final draft of their Whitepaper – and recently launched their Signature Bounty and Twitter bounty programmes at BitcoinTalk. 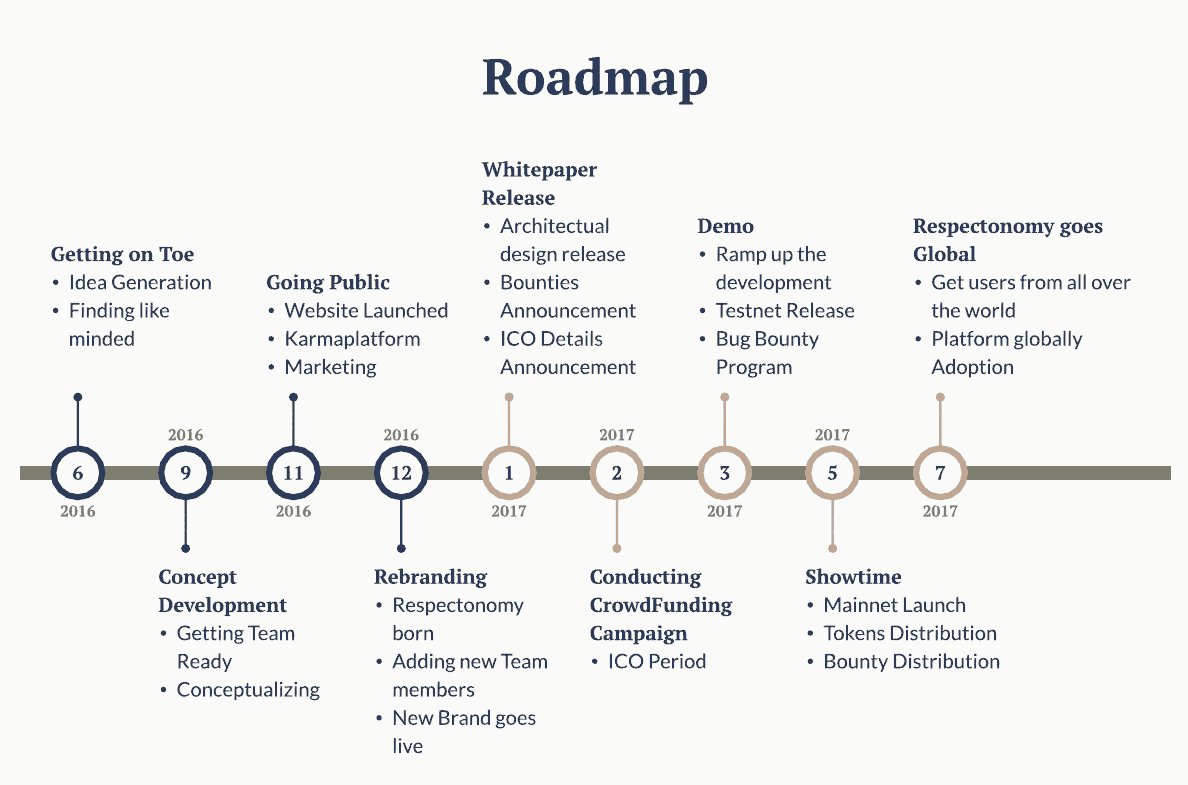 Architectural Design (below) –  Distribution of content on Respectonomy Platform. (1) Carol publishes some new content B. Alice follows Carol so Alice hosts B. (2) Eve connects to Respectonomy Network through the mining pool. (3) Eve follows Alice. (4) Eve syncs her blockchain. (5) Eve reads the hash of content B on the blockchain. (6) Eve syncs her DHT. (7) Eve Downloads the content B. (8) Bot accesses firehose data. 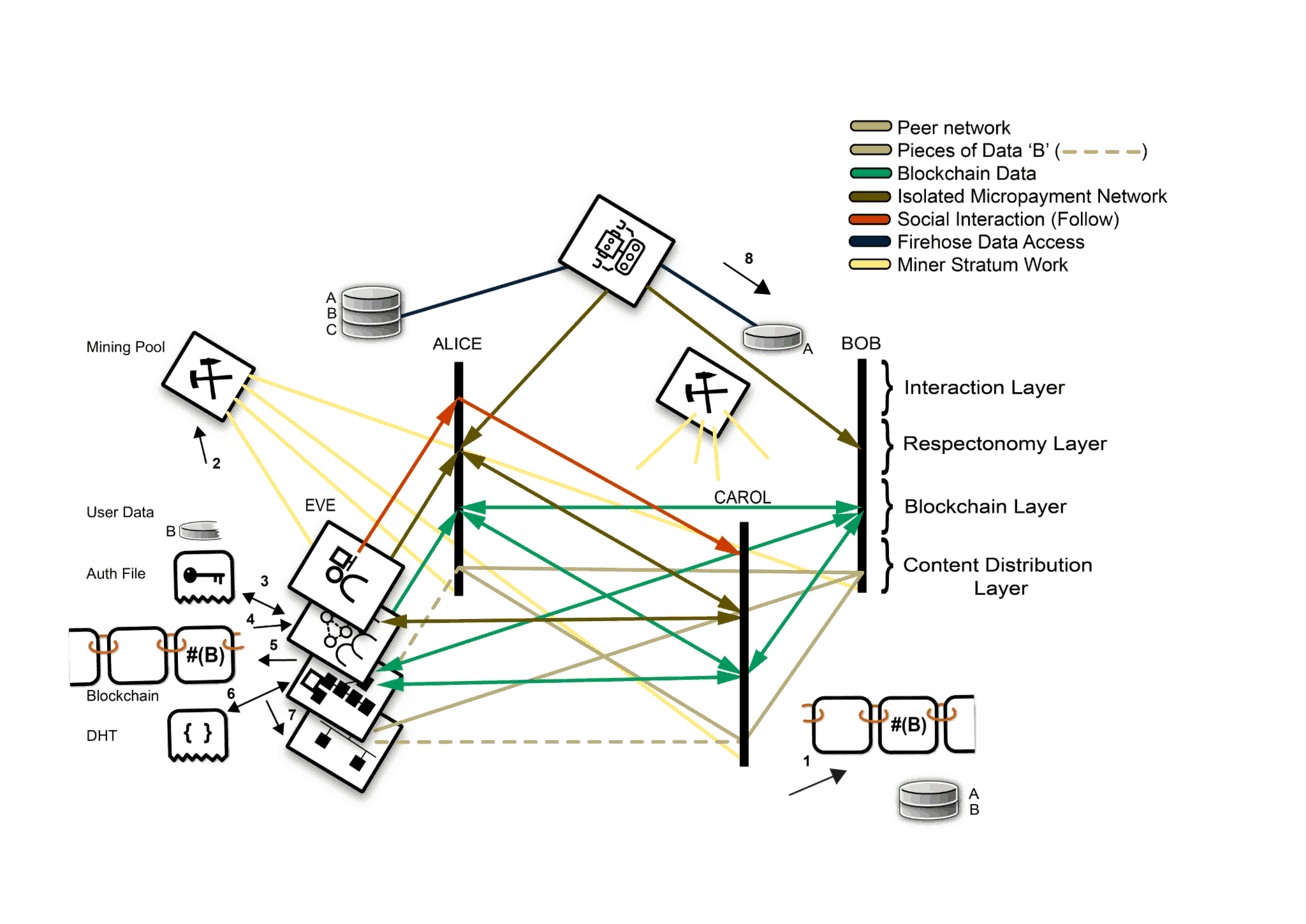 Respectonomy is a decentralized, self-moderated social network system that gives the user the freedom to share their thoughts without the fear of censorship while rewarding them for it. Though modern social networks provide a platform for free information exchange, it is just an illusion of freedom as some sort of moderation or censorship is often used.

Respectonomy began as a group of developers who wanted to make a community for content creators to earn money. This project aims to assign value to data, measuring the quality of inherent information, and to provide a mechanism for fairly compensating data bandwidth availability.

Respectonomy will be an open-source, browser based implementation, that utilizes the Bittorrent protocol for content sharing and a proof of work blockchain to determine the value of the RESPECT token that runs the system. Being an independent token, unlike colored coins, the PoW blockchain system that Respectonomy flows on, represents a closed network with dynamic membership of parties, and this determines its true value in a free-market.