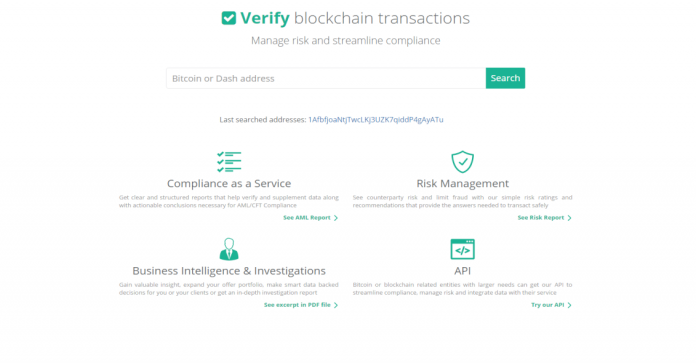 Blockchain Startup Coinfirm receive more funding to expand and further build services and features onto their platform. With an investment of $700k from Luma Ventures already secured, Coinfirm has opened the current round to other investors.

“We’re growing at a very fast rate and need to scale up quickly to continue to lead and expand on the global market. Luma brings not only a valuable VC investor but also a synergistic one that brings many benefits to the table and we’re looking to bring in co-investors that provide the same dynamic. They give us a new set of extensive experience, network, and assets in tech and financial ecosystems as well as a partner who can assist us on in our further development from the ground up,” said Pawel Kuskowski, Co-Founder and CEO of Coinfirm.

“Coinfirm’s team convinced us by showing their in-depth industry expertise, passion and determination to realize their ambitious long-term plan. We are confident that with our support they will secure their leading position in the Blockchain AML risk and compliance space. This is an important investment for Luma as it allows us to play a strategic role in the imminent transformation of the FinTech sector,” said Tomasz Cichowicz, Partner at Luma Ventures.

The startup has been on a roll lately and is looking to add some extra fuel in their engine with a capital injection. As the Blockchain ecosystem continues to grow exponentially and the regtech market is expected to rise to $100b over the next few years, Coinfirm has positioned itself to be an important player in both spaces.

Their Blockchain AML risk and compliance platform solves one of the largest roadblocks in cryptocurrency and Blockchain adoption and does so in a new and innovative way. By streamlining the compliance process and taking it to near-automation with big data analysis and machine learning Coinfirm’s platform not only significantly reduces costs and time spent but also maximizes efficiency and changes how the compliance landscape has operated until now.

With a wide range of clients and partners already under their belt ranging from Bisnode to Dash, Coinfirm provides actionable data that is valuable for many different kinds of entities and industries whether cryptocurrency, banking or business intelligence.

Recently Coinfirm has been having a lot of success dealing with larger and more traditional entities as they began collaborating and partnering with the likes of MIT Enterprise Forum, the largest Polish bank PKO BP and PWC’s Startup Collider. A few more relationships with some significant companies are supposed to appear soon and their monthly Blockchain event and networking ecosystem Warsaw Block recently just gained a few partners as well including Cointelegraph and Cointelegraph Events.

The current funding round is being led by Luma Investment, a CEE based fund comprised of veterans and entrepreneurs from multiple industries. Although not widely known in the US or UK, Luma investment has quietly built itself into one of the largest private investment funds in the region with over with over $1.1b in transactions to their name already. Although already invested in many innovative technologies and industries, Coinfirm marks Luma’s big jump into the Blockchain technology space. With their technological development operations and Blockchain lab centered in Warsaw, the London based Coinfirm gets an institutional investor that can directly contribute on a regional and international level.

With multiple new clients, partners and products and services in the pipeline, Coinfirm has set itself up to have an exciting year. With that said, 2017 promises to be an exciting year for the Blockchain and cryptocurrency market especially due to such solutions as Coinfirm’s compliance platform as they will add the structure and cohesion needed for further commercial and mass adoption.

A Blockchain technology company with a specific focus on Compliance as a Service, Coinfirm built the first Blockchain risk and compliance platform as well as the first Blockchain lab in Central Europe. Coinfirm’s platform brings transparency and security to Blockchain transactions while solving the AML/CTF/Sanctions and counterparty risk management problem. Blockchain and digital currency agnostic, the Coinfirm platform is utilizable for many potential applications and lays a foundation for the adoption of digital currencies and Blockchain that ensures parties are compliant and operate in a safe environment.
http://www.coinfirm.io/about

Luma Ventures is an IT focused VC fund under management of Luma Investment S.A. Luma invests in start-ups that build their competitive advantage on data-driven solutions that fall into categories like Big Data/Data Science, Fintech, Blockchain, Automation of Knowledge Work, Enterprise Software and IoT. The funds team consists of experienced managers, business practitioners, former entrepreneurs and functional specialists of the highest class with Luma’s partners having professional background in the financial sector. The Luma team brings with it a track record of over $1.1B in total value of carried out transactions that constitutes for a unique non-financial value that Luma provides to its investments. .
http://lumainvestment.eu/en/about-us/