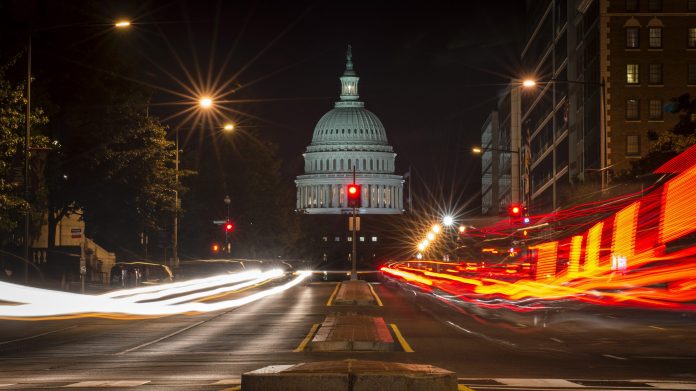 US Representatives Jared Polis (Democrat-Colorado.) and David Schweikert (Republican-Arizona.) officially launched the Blockchain Caucus on Thursday. The caucus will be focused on advocating for “sound public policy toward blockchain-based technologies and digital currencies.”

“Blockchain has the potential to transform the 21st century economy,” Polis said. “Lawmakers need to understand that as the world rapidly changes, it’s our responsibility to ensure that we craft policies and adapt laws that match our ingenuity. Blockchain’s potential to reshape everything from the financial industry, to supply chains, to cybersecurity, to health care is something we should embrace. I look forward to the Caucus’s upcoming policy briefings and meetings that will educate members of Congress on these innovative technologies.”

“Open Blockchain networks and distributed ledger technologies are still new, but it’s critical for members of Congress to begin comprehending both their current applications and future use cases,” Rep. Schweikert said.

“It is critically important the United States remain competitive regarding emerging technologies, and distributed ledger technology is the open, secure, efficient technology backbone we’ve been looking for.”

“Coin Center is thrilled that there is now a caucus dedicated to this revolutionary technology and the important policy issues it raises,” Jerry Brito, Executive Director of Coin Center said. “Blockchain technology has the potential to revolutionize many industries, but it also presents some risks. Its development could also be hampered by outmoded regulation. We applaud Reps. Polis and Schweikert for having the foresight to create a forum for members of Congress to learn about the technology and champion its responsible development, and we’re honored to have helped them in launching this effort.

“Blockchain technology is one of the most important inventions in modern finance. Key to unleashing the power of this technology is collaboration and engagement between the industry and policy makers. Our Members look forward to playing a significant role in the development of this sector by working with Rep. Polis, Rep, Schweikert and the Blockchain Caucus towards building a legal environment that fosters innovation, jobs, and investment,” said Perianne Boring, Founder and President of the Chamber of Digital Commerce, which represents the world’s leading innovators in the blockchain technology ecosystem.

Blockchain is a decentralized distributed ledger that is the main technology powering cryptocurrencies such as Bitcoin and Ethereum. By using math and cryptography, blockchain supplies a decentralized database of every transaction involving value. This creates a record of authenticity that is verifiable by a user community, increasing transparency and reducing fraud.