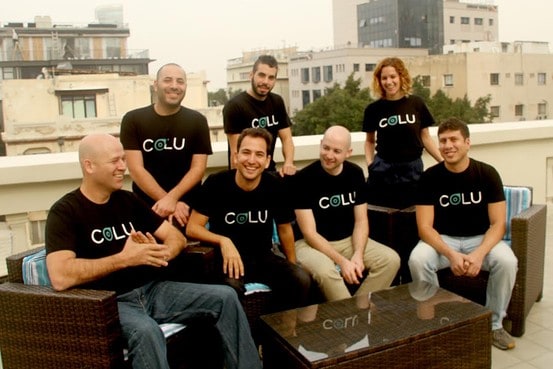 Colu, pioneers of a Blockchain-powered platform for creating digital, localized currencies, announced today the launch of its second currency in the UK – the Local Pound, East London.

Digital payments and localized currencies are both growing trends in the UK, as technology enables more seamless and efficient financial transactions and communities seek to ensure the success of their local economies and businesses. Colu merges these two financial trends to create a new way of thinking about money that encourages sustainable and equitable economic growth while supporting local businesses. The company offers peer-to-peer and customer-to-business app-based payment platforms facilitating digital financial transactions at local businesses, creating a closed-loop economy that bolsters both the economic well-being and social fabric of the community.

Built on open-source, Blockchain infrastructure, Colu creates the digital equivalent of cash with the flexibility to handle millions of transactions in real-time, all of which are verified and authenticated using advanced security protocols. Colu’s open-source technology protocol allows for direct exchanges of digital cash, revolutionizing the way money is transferred, creating a true peer-to-peer economy.

“Colu is about building communities from the wallet up, offering a way for locals to infuse their money with meaning by supporting local businesses — a win-win for everyone,” said Amos Meiri, CEO and Co-Founder of Colu. “Small businesses are the backbone of the UK economy, and an investment in local businesses is really an investment in the residents of East London. By introducing the Local Pound, East London, we plan to change the way people think about money in the heart of the UK.”

Local businesses are often threatened by the reach and low cost of retail chains that may appeal to local consumers, but in fact, drain the local economy of resources. When pounds are spent at a local business, more of the money is kept within the neighborhood, as opposed to chains that funnel larger portions of the profits outside of the city.

Colu provides participating local businesses with a digital toolbox – vital business tools to help them better compete with large retailers, including a business dashboard that replaces the need for point-of-sale systems. Since the launch of the Local Pound, Liverpool in late 2016, over 16,000 residents and businesses have begun using the Colu app daily, making purchases at businesses such as bars, restaurants, fitness clubs and beauty shops.

“I’m often asked why we chose to launch currencies in places like East London and Liverpool,” added Meiri. “It’s because these areas have a unique combination of intense community pride, trendy new businesses and a bustling tech scene, making them the perfect places to build a new digital, local economy.”

Colu has already created several digital, local currencies outside the UK, in places such as Israel, and has provided Barbados with the technology to create its own digital currency. Colu is nearing 50,000 users worldwide, spending almost $1 million at small businesses through the app.

Founded in 2014, Colu creates digital, localized currencies for cities and communities, powered by Blockchain technology. The mobile app-based platform allows for peer-to-peer and customer-to-business digital transactions in a safe and secure digital environment – to help local economies flourish by supporting independent businesses and local trade, while creating community and building social capital. By giving residents the ability to exchange digital cash directly with one another, Colu aims at making money more meaningful by creating sustainable and equitable economic growth while supporting local businesses. Backed by funding from venture firms Aleph and Spark Capital, Colu has global offices in Tel Aviv and London. Learn more at: www.colu.com