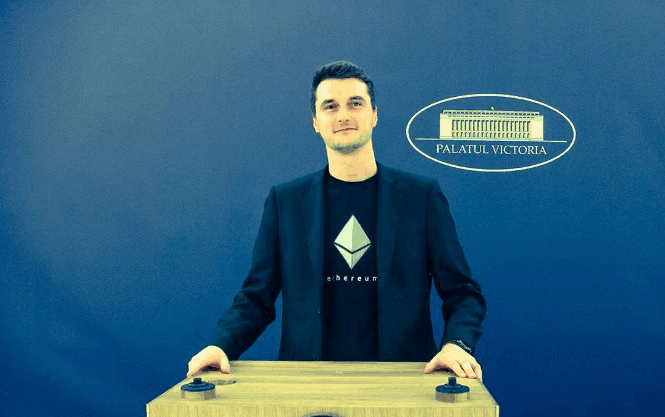 Aragon, the decentralized management platform for companies, has today announced the latest addition to its Board of Advisors, Mihai Alisie. One of the original four founders of Ethereum, Alisie joins Aragon’s board one month after the platform successfully raised $25 million USD in its token sale.

Built on Ethereum, Aragon is the first management tool developed specifically to disintermediate the creation and maintenance of companies all around the world. Aragon will offer a new, more efficient model for companies to operate and a way to deploy company-like structures anywhere the Internet exists. Aragon implements basic features such as cap table management, governance, fundraising, payroll, and accounting, supporting all areas of company management through an easy-to-use interface.

“Aragon is honored to announce that Mihai Alisie will be joining the team as an advisor. As one of the original four Ethereum founders, Mihai has been and will continue to be an invaluable contributor to Aragon with his vast experience and limitless knowledge of the ecosystem. We both deeply share our profound interest in the societal implications of decentralization, and you can see that in his work on AKASHA.”

Actively involved in blockchain technology since 2011, Mihai created Bitcoin Magazine in 2011 together with Vitalik Buterin, later joining him as one of the original four Ethereum Founders in late 2013. By early 2014 Mihai was trailblazing the Ethereum Swiss business and legal efforts in preparation for the Ethereum “pre-sale.”

The results of these efforts can be enjoyed today by blockchain entrepreneurs from all around the world as it led to the transformation of Zug into one of the world’s most friendly crypto jurisdictions. Following the successful Ethereum Swiss setup and “pre-sale”, Mihai served as Strategic Manager and Vice-President of the Ethereum Foundation until late 2015 when the Ethereum genesis block materialized.

“Mihai is extremely community driven, something he demonstrated when founding AKASHA. Community relations are an essential element to the success of Aragon and we will welcome Mihai’s unparalleled expertise in listening to our community,” added Cuende.

“The Ethereum dream turned into reality almost two years ago. Today projects like Aragon are taking that original dream further by enabling people from all around the world to create and manage borderless organizations. I am excited to be a part of Aragon and to provide the best of my knowledge and experience towards empowering humans with new tools for organization at global scale! Let a thousand decentralized organizations bloom!”

“Adding dynamic advisors to our board is very important, as each advisor brings a unique perspective to the table. Kenny, given his experience in decentralized governance, recently provided invaluable advice on our Community Governance Model as part of our Aragon Governance Proposals, while Jake, with his extensive knowledge of crypto-economics, has been assisting on creating the financial incentives for the Aragon Network,” added Cuende.

In May 2017, Aragon raised $25 million USD during its token sale in under 30 minutes, originally set to run until June 14, 2017. Earlier this month, Aragon established an Estonian-based non-profit, Aragon Institution MTÜ, which will deploy revenue from the token sale. Aragon plans to use its funds to develop Aragon Core and the Aragon Network (AN). Aragon will implement security audits and strategically hire developers and operational staff over the course of 2017, with plans to conclude the year with a full-time team of ten.

Since February, the number of Aragon organizations deployed to the testnet has grown from 130 to over 5,700, an increase of 50% from the token sale alone. Such projects include Fillet, a food business management application and marketplace used by 3,800 operations globally, which recently announced that it will utilize the Aragon Network for its future token sale.

In addition, Aragon recently welcomed its first resident of the Aragon Network Jurisdiction, the district0x Network, a collective of decentralised marketplaces and communities (districts), powered by Ethereum, Aragon and IPFS. The creation of a district on the district0x Network will establish an accompanying Aragon entity, where all of the district’s governance and decision-making processes will be executed.