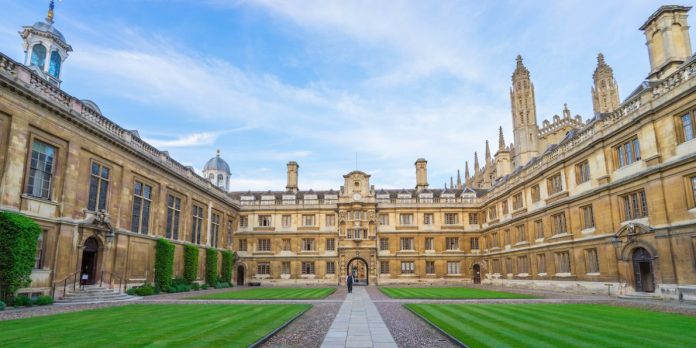 Interest in enterprise Blockchains and distributed ledger technology (DLT) has grown significantly in the past few years, with at least 115 DLT start-ups now employing more than 2,000 people and many large corporations and public sector institutions focusing on DLT, says the first Global Blockchain Benchmarking Study by the Cambridge Centre for Alternative Finance (CCAF), supported by VISA and professional services firm EY.

At least 25 cryptocurrency-focused companies have pivoted to DLT activities, says the study, which gathered data from more than 200 enterprise DLT start-ups, established companies, central banks and other public sector institutions.

The report by the CCAF, at University of Cambridge Judge Business School, aims to chronicle the rapid growth of the enterprise and public sector DLT ecosystem, while also highlighting governance, technical and economic issues that will need attention to unleash the full potential of Blockchains and related systems. The report was authored by Dr. Garrick Hileman, Research Fellow at CCAF, and Michel Rauchs, Research Assistant at CCAF.

A section of the report is dedicated to investigating DLT activity in the public sector (including central banks), which employs an estimated 500+ staff members who exclusively focus on DLT within their institution. Findings show that 67% of central banks and 86% of other public sector institutions surveyed are directly experimenting with DLT protocols, with 57% of central banks experimenting with versions of the Ethereum codebase – the public Ethereum network, a permissioned version, or both.

“This is the first major empirical DLT study focussed on enterprise and the public sector. The over 100-page report contains new, non-publicly available data on what is actually happening right now in DLT areas such as targeted use cases, emerging revenue models, timing of deployment, and remaining challenges”, said Dr Garrick Hileman.

Among highlights of the study:

“‘Blockchain’ and DLT are beginning to rewire our digital infrastructure and challenge our thinking on how data, information, assets and even governance can be organised and reimagined,” said Bryan Zhang, Co-Founder and Interim Executive Director of the CCAF. “We are grateful for the support offered by VISA and EY to help us research and better understand the rapidly evolving DLT landscape.”

The study was compiled through two online surveys of private and public sector actors between December 2016 and May 2017 through secure web-based questionnaires, supplemented by secondary sources.

The report aims to make Blockchain technology understandable to a wide audience, beginning with a section entitled ‘Blockchain and DLT 101’, which explains that a Blockchain in simple terms is a type of database that is replicated over a peer-to-peer network. Contrary to other distributed databases, Blockchains and DLT can reduce the need for trust among participants and eliminate the need for a central administrator as entities have shared control over data. The section addresses when using a Blockchain is appropriate and debunks a number of common “Blockchain myths”.

Other sections include the DLT Landscape, including how the enterprise DLT ecosystem has evolved and a taxonomy of key ecosystem actors; Use Cases and Business Models exploring investigated applications and business models; Architecture and Governance comparing various DLT software architectures; Challenges and Interoperability examining obstacles to adoption; and Public Sector use of DLT.

“Distributed Ledger Technology promises increased speed and efficiency, greater transparency and improved trust across transaction value chains. However, while the future looks exciting, there is still work to be done in areas such as legal and regulatory frameworks, industry standards, governance and security.  This global benchmarking study will be a rich source of information, helping leaders across all sectors better understand current areas of focus, attitudes towards the technology and the types of questions that still need to be addressed.”