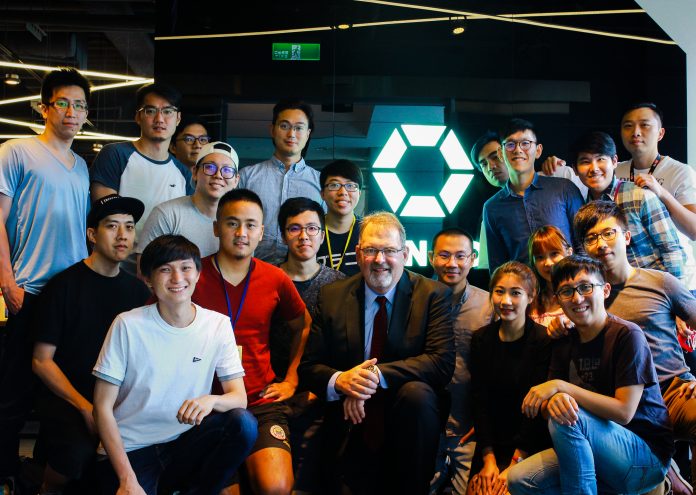 “There is a big debate right now about what the international rules should be for new currencies and I don’t think there are good answers yet. I look forward to advising Popo Chen and his team in helping to advance a leading cryptocurrency platform for the Blockchain era.”

Scott was the third U.S. Federal Chief Information Officer, serving from 2015-2017. During his tenure, he was involved in leading various digitalization and Blockchain-themed projects as well as improving the cybersecurity of government. Scott’s 40-year career in information technology includes roles as CIO of VMware, Microsoft and The Walt Disney Company. Today, he leads the Tony Scott Group, which provides IT consulting and advisory services to the public and private sector.

“This is a brave new world. COBINHOOD and I share common goals in advancing the cryptocurrency industry in a way which protect consumers and those who are less informed on the safety and security of investments,” said Scott. “There is a big debate right now about what the international rules should be for new currencies and I don’t think there are good answers yet. I look forward to advising Popo Chen and his team in helping to advance a leading cryptocurrency platform for the Blockchain era.”

“We are extremely honored to have Mr. Scott on our advisory board,” said Popo Chen, COBINHOOD CEO. “He has been at the head of some of the biggest and most admired companies in the world. Today his vision for the future aligns with ours. We agree that the future of cryptocurrency and Blockchain technology is bright, but that regulations and cross border laws are needed to protect investors. This is an exciting time to be in this space and COBINHOOD will benefit greatly from his experience and knowledge.”

Scott currently serves as a research director at the Blockchain Research Institute, a global knowledge network. Scott will provide COBINHOOD guidance surrounding Blockchain technology and the global regulatory landscape. For interested participants, COBINHOOD is currently offering COB tokens through its ICO. The ICO will support the development of its exchange platform as well as the firm’s ICO underwriting services.