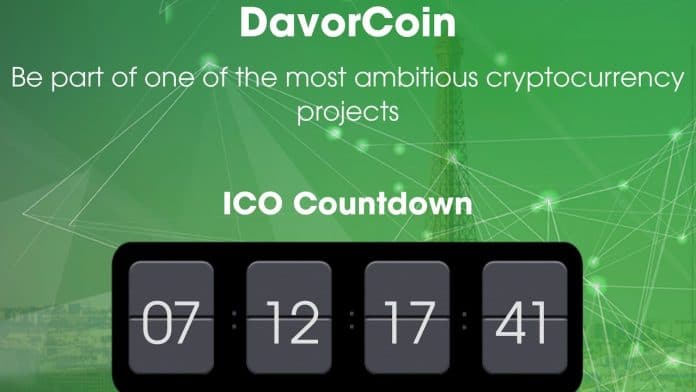 On Friday, Feb. 2, the Texas State Securities Board served an emergency cease and desist order to DavorCoin, who bill themselves as one of “the most ambitious cryptocurrency projects.”

MyStatesman first reported on the order, in which the Board demanded DavorCoin stop selling marketing unregistered securities in Texas and to stop marketing them. The Board called DavorCoin’s marketing statements “materially misleading or otherwise likely to deceive the public,” according to the Statesman article.

The order noted that the Board served DavorCoin’s web hosting company, Domains by Proxy. The Board alleged DavorCoin had obscured its founders’ identities and its place of business, while selling securities to the public.

In the order, the Board noted DavorCoin’s response to BitConnect’s recent announcement that it would shutter its cryptocurrency lending and exchange offerings. ” This does not change anything for us,” DavorCoin allegedly crowed, saying BitConnect’s end had made DavorCoin “the number one lending platform in the world!”

DavorCoin’s website is a registration form, which asks what country the user is from, but does not involve any initial know-your-customer process. (A Token Report researcher was able to set up an account registered in the “land Islandss.”)

The website itself is mostly a user dashboard related to cryptocurrency trading and lending. According to Token Report research, the latest commit shown on DavorCoin’s github is more than two months ago.

However, DavorCoin’s Telegram forum, with 14,235 members, has been promoting a “‘BE A MILLIONAIRE’ LENDING LOTTERY !!!💰🔥.”Its Twitter account has been posting similar messages.

Blockchain News has contacted DavorCoin via the support form on its user dashboard.

Joe Rotunda, Director of Enforcement for the Texas Board, gave Token Report the following statement, disavowing any intent to regulate and pointing its efforts at what it believes are the most dangerous cases of securities fraud:

“The Enforcement Division’s mandate is to protect the investing public while promoting legitimate capital formation.  We have not been and will not be trying to regulate cryptocurrencies; our actions have been directed at issuers found to have been illegally and fraudulently offering investment programs tied to cryptocurrencies that constitute securities.  As cryptocurrencies continue to generate considerable attention in the media and interest from the public, these illegal and fraudulent securitized cryptocurrency offerings pose a grave threat to traditional investors.  Absent a fair description of the terms of a product, the identity and qualifications of principals and the material risks associated with an offering, traditional investors may well be exposed to irreparable harm.

As the recently (sic) emergency action alleges, DavorCoin was found to be engaging in an illegal and fraudulent securities offering.  It was concealing the identity of its principals, the location of its business, and the methodology purportedly used to generate a profit for its customers.  Promoters of these types of schemes may be using technology to limit their exposure.  Ultimately, investors are being lured through social media to purchase nothing more than a promise made through a website maintained by an anonymous group.”

The full order is below: