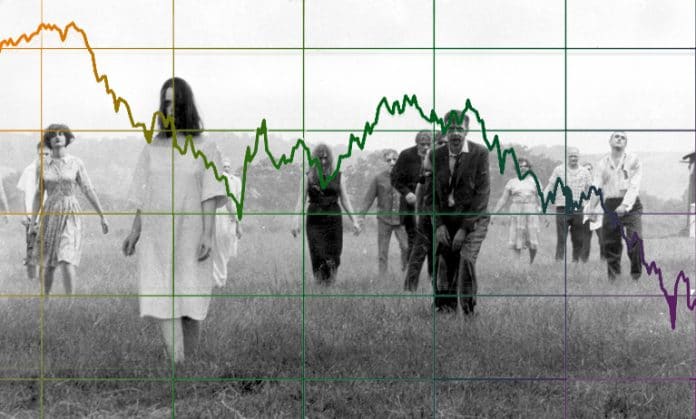 The ICO window is narrowing, if not closing. Early exuberance is cooling, regulators are sharpening their focus and problematic projects like Bitconnect and Tether appear to be crumbling. And an increasing number of ICOs are joining the ranks of the walking dead.

How much are ICOs raising? Plenty. Collectively, ICOs raised USD 910.5 million in the first month of 2018, according to Token Report data. After a spike in December, January’s haul was more than projects raised in either October or November–although the number of ICOs that closed is way, way down. 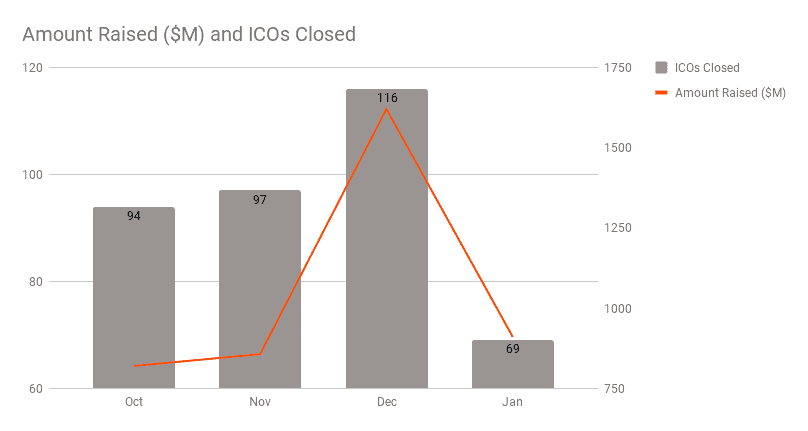 And, a more important question for the coming zombie cryptopocalypse: how many ICOs are opening. The number of ICO hopefuls continues to far outpace the number that are actually able to raise funds and close.

It isn’t looking like there’s much of a slowdown: 177 ICOs opened last month — more than opened in each of the last three months of 2017. There are already 141 scheduled to open in February so far. Meanwhile, fewer ICOs closed in January than in any month in Q4. 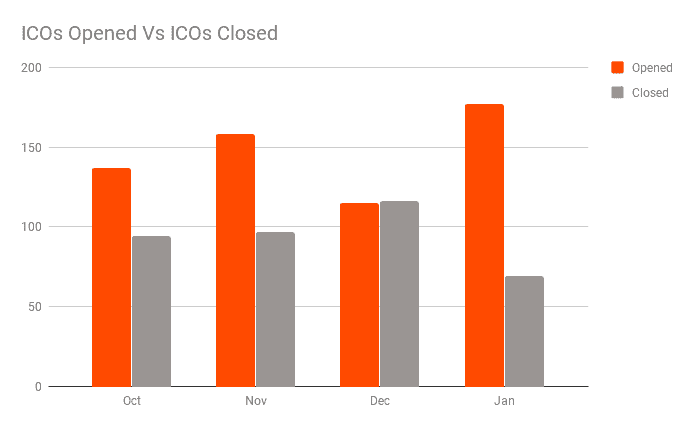 Token Report has so far found 60 ICOs that we would confidently consider Inactive–i.e., they are zombies. These projects had planned an open date of more than two months ago but had neither closed nor announced a cancellation. They simply stopped updating their websites, forums and social media and have not done so for one month or more.

Below is the list of all of them. We expect this number to grow, adding to the list of zombie ICOs that never made it past an initial announcement. This is not investment advice.

Spot one in this table that you know to be active? Or, did we miss one that you know is among the walking dead? Let us know in our Telegram forum, here.

Token Report is an independent financial information service founded by Galen Moore and Peter Vessenes. Galen is a financial journalist with a background in startups, venture capital and launching news sites. Peter is a co-founder of the Bitcoin Foundation, and launched the first VC-backed Bitcoin company in 2011. He is managing director at New Alchemy, a boutique consulting and investment group based in Seattle, Wash., that is making a pre-seed investment in Token Report.​

Nothing contained in Token Report materials or posted at tokenreport.com constitutes an offer or a solicitation of an offer to buy or sell a security, financial instrument, or other category of asset, or investment advice or recommendation of a security, financial instrument or other category of asset. Tokens involve risk and are not suitable assets for everyone. Token Report believes its information was obtained from reliable sources but does not guarantee its accuracy or completeness and accepts no liability for losses arising from the publishing of this information. The information provided by Token Report is not a substitute for financial, legal and other professional advice. Each individual should always consult his or her own financial, legal or other professional advisors and discuss the facts and circumstances that apply to the individual.