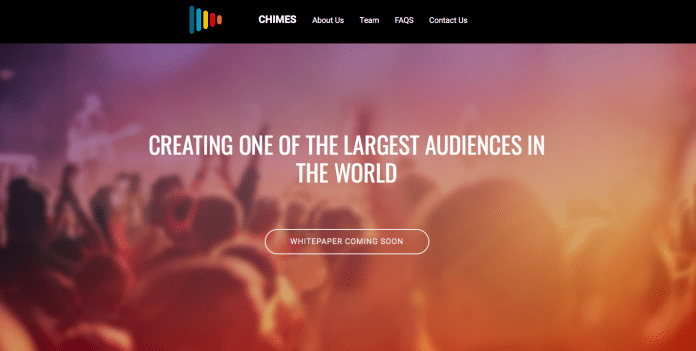 Digital entertainment company, Chimes Media, today announced a private investment, in the form of token purchases, from Blockchain Industries, Inc. (BCII), an investor in second generation initial coin offerings (ICOs). Chimes stated that it plans to use the investment to further develop the first-ever comprehensive, decentralized and incentive-based music dataset for fans, musicians and industry professionals.

The Blockchain Industries investment involves both a utility token (CHI Token) and equity token (CME Token), both of which make up its ICO.

The company explained, in its statement, that filing a Form 10 as a retrofit to make its securities a new ATS, and qualifying the equity token investors through Rule 144 under Section 12(g) of the 1934 Securities Act (a new approach validated by tZero among others) is a winning solution while the US Securities and Exchange Commission’s (SEC) regulations remain uncertain. Chimes believes it has found a way to launch a complying ICO as a fully reporting company registered with the SEC. The company’s proposed bifurcated ICO (utility and equity token) is intended to be an example for others.

“This investment brings us the best of both worlds,” said Patrick Moynihan, CEO of BCII, in a statement. “Through our equity investment, Blockchain Industries will benefit from Chimes Media’s long-term success in providing better user experiences in an industry that needs new revenue streams as well as avenues of engagement for the next wave of music fans. Our partnership is further supported by our purchase of Chimes’ utility token for its music marketplace. This is a template for innovative businesses who are at the forefront of their industries to raise capital and leverage the new efficiencies of blockchain” said Moynihan.

Chimes’ forthcoming blockchain-based music marketplace will allow the industry entry into new services, including micro-licensing, crowdsourced music projects and sponsored creation of music, says the press release. Its marketplace will also give public and industry access to artists, incentive-based rewards for data updates and a common currency for a trustless and cross-border payment system.

With its proposed ICO planned for launch in the second quarter of this year, Chimes aims to become the nexus for artists’ interactions with fans, communications between industry professionals and a key launch point for consumer music e-commerce purchases and music-related advertising.