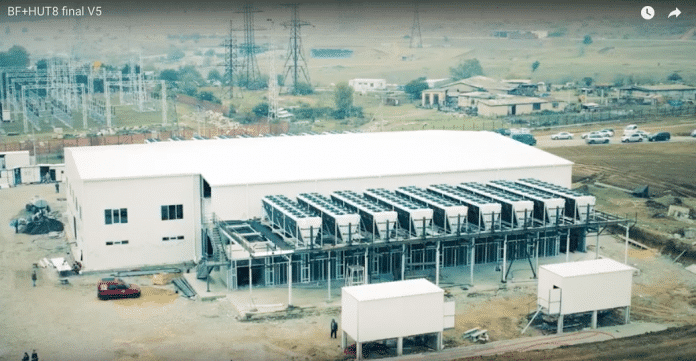 Toronto-based Hut 8 Mining Corp., which is backed by leading blockchain technology provider, Bitfury, announced today that its common shares have begun trading on the TSX Venture Exchange (“TSXV”), under the symbol “HUT”. According to its statement, this makes Hut 8 the world’s largest publicly traded cryptocurrency mining company based on funded and under-construction computing capacity, with additional benefits stemming from listing on a public exchange.

“Today’s listing on the TSXV is a milestone for Canadian investors, who can now access one of the world’s largest publicly traded crypto-mines without purchasing the underlying cryptocurrency,” stated Sean Clark, Interim Chief Executive Officer of Hut 8. “In crypto-mining, scale is what determines success in the short term, but is also what allows mines to weather any volatility over the long term. Our exclusive partnership with Bitfury, one of the world’s leading full-service Blockchain companies, facilitates the kind of scale that will allow us to deliver ongoing value to investors.”

Hut 8 also announced that its board of directors will be led by Bill Tai, a veteran venture capitalist and leading world figure in blockchain, along with Jeffrey Mason, Gerri Sinclair, Dennis Mills, Michael Novogratz and Valery Vavilov.

The company currently operates approximately 100,000 machines, representing 18.7 MW of capacity and 127.5 petahashes per second (“PH/s”) of computing power. Based on current purchase indications, construction plans and recent private placement financings, raising in excess of USD 100 million, Hut 8 expects to operate a total of approximately 320,000 machines within six months. As of March 5, 2018, Hut 8 has mined a total of 645 Bitcoins.

“Listing on the TSX Venture Exchange is a milestone for the growth of Blockchain and cryptocurrency companies,” said Valery Vavilov, Chief Executive Officer of The Bitfury Group and a member of the board of directors of Hut 8, in a statement. “We look forward to continuing our work with Hut 8 as we advance this technology and its value in North America.”

Hut 8 plans to leverage its partnership with The Bitfury Group by making full use of access to a proprietary mix of hardware, software, and operational know-how to construct, optimize, and manage datacenters in low-cost and attractive jurisdictions, according to the statement. The Bitfury Group is the a world-leading full-service Blockchain technology company and one of the largest private infrastructure providers in the Blockchain ecosystem.