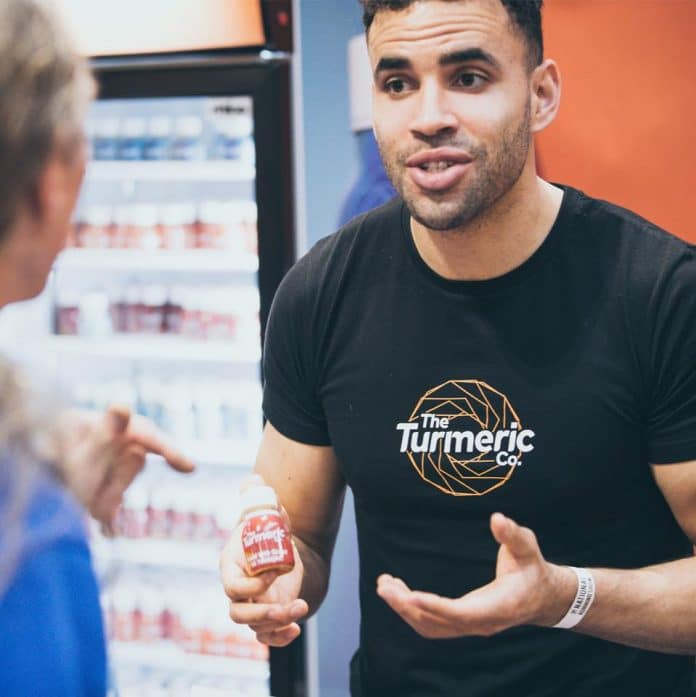 UK-based purveyor of health supplements the Turmeric Co. announced, on Wednesday, a partnership with the FoodCoin Ecosystem, promising to implement the latter’s blockchain technology into its supply management system and accept payment for produce in FoodCoins. Founded by Premier League footballer Thomas Hal Robson-Kanu (pictured), after an injury when he discovered an intolerance to ibuprofen, the Turmeric Co. is focused on the medicinal properties of its namesake.

To capitalize on these benefits, FoodCoin aims to utilize tools to optimize transparency and traceability and provide a streamlined payments system not only for Turmeric’s food supply chain, but for many others around the world.

FoodCoin held a token sale at the end of 2017, raising over USD 3 million. It’s cryptocurrency, FOOD tokens, will later become coins, says the company, usable as a payment method to buy products on the Turmeric Co. website, as well as the 1000ecofarms platform, which has also signed up and now accepts payments in FOOD.

The Turmeric Co.’s CEO and Founder Thomas Hal Robson-Kanu said, “We have reached an agreement with FoodCoin to accept FOOD token not only as a payment method, but also their blockchain for the logistics of our procurement, so we’ll be working hard with FoodCoin to implement this as a settlement method and also from a logistical standpoint across our supply chain at The Turmeric Company.”

FoodCoin is currently implementing its Product Origin Identification System to allow for complete transparency into Turmeric’s procedures to comply with the highest food quality standards. The company sees this as an important step in proving the viability of its platform on the road to providing complete traceability for every ingredient within the FoodCoin ecosystem.

FoodCoin’s Founder and CEO, Gregory Arzumanian said, in a statement, “I believe that the decision of the Turmeric Co. to implement FoodCoin’s blockchain will be the first step in revolutionizing the food industry, and will be a marker in history. I hope it will encourage other companies to follow the successful experience of this company.”

To learn more about the Turmeric Co., visit https://theturmeric.co