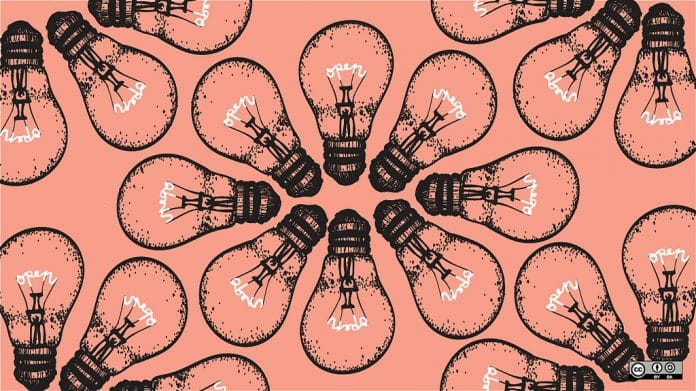 Today, open source code is so effective and cost-efficient that it is used in more than 90 percent of all software. In fact, it is impossible to catalog all of the daily touch points the average person has with an open source-powered product or service.  The Linux Foundation estimates that more than 31 billion lines of code have been committed to open source software repositories. Open source is a leading technology in smart cars, internet of things (IoT) platforms and, of course, blockchain technologies. How can we best ensure that it stays that way?

Blockchain’s beginnings lie in open source; in 2009, its founder, Satoshi Nakamoto, released the software as open source, together with the first units of the Bitcoin cryptocurrency. Since that time, Bitcoin usage has grown, other cryptocurrencies have gained attention, and the underlying distributed ledger technology (DLT) has been recognized as a tool for improving all transactions.

Perhaps the greatest indication of blockchain’s value is the number of firms rushing to file DLT patents. While the core technology is open source and in the public domain, complementary and supplementary technologies are being patented and there has been a “land rush” to develop and secure DLT-related patents.

According to the World Intellectual Patent Organization, a self-funded group under the United Nations, China was the world leader in DLT patent applications in 2017, with more than half of the 400 filings. The U.S. came in second place, with 91 filings (22 percent of the total).  This is more than a threefold increase in DLT patent applications since 2015.While the ranks of the top DLT patent holders are dominated by U.S. technology companies, 2017’s patent filers were primarily financial services companies and technology companies based in China.  The following is a table showing Top-10 DLT Patent Owners (2017) vs. Patent Applicants (2017):

Some of the previously listed organizations, including IBM and Qualcomm, are perennial global leaders in patent applications and awards. What is striking is the number of financial institutions that have seen the value in DLT and have sought to mitigate their potential exposure to patent lawsuits through patenting.

It is important to note that the data above may relate to patents and patent applications that generally mention DLT but do not necessarily disclose DLT in the patent.   It is, nonetheless, directionally indicative of the global nature of those seeking to develop blockchain-related patents and the diverse set of industries/market segments from which the inventing companies are drawn.

Just as the telecommunications and wireless communication sectors experienced contentious and costly patent wars as the mobile market grew, there is a growing risk of these occurrences in the DLT space.

While it has experienced nearly exponential growth, the successful adoption and use of open source by banking networks, mobile phone manufacturers, telecom networks, smart cars, cloud computing and blockchain platforms, among numerous others, was not a foregone conclusion. In 2003, there was an IP-based attack on prevalent open source software project Linux.

While the claims underlying the litigation ultimately were found to be without merit in the court proceeding, it was a wake-up call to several IP-savvy companies as to the potential negative impact of patent aggression on the growth of Linux and open source software projects.

IBM, Red Hat and SUSE (then Novell) coordinated an effort with Sony, Philips and NEC to conceptualize and implement a solution designed to create a “patent no-fly zone” around the core of Linux.  The entity charged with administering this patent no-fly zone, the Open Invention Network (OIN), utilizes a free license to require participant companies to forebear litigation and cross-license patents in the core of Linux and adjacent open source software.  In the 12 years since its formation, the organization has grown into the largest patent non-aggression community in history with an excess of 2,500 participant companies which own upwards of 2 million patents.

In addition to administering the successful royalty-free free license, the organization has been one of the most active users of the American Invents Act’s pre-issuance submission program and, through its actions, prevented the grant of hundreds of patent applications with overly broad claims. If these had been issued that, it would have threatened technology and products for years to come.  In some cases, it has taken the extraordinary measure of forward deploying key assets from its defensive patent portfolio of more than 1,200 patents to companies at risk of or in litigation, so that they may better defend themselves from those with far larger patent portfolios and deeper pockets seeking to slow or stall the progress of Linux.

Hyperledger, a DLT project hosted by the Linux Foundation, aims to enable organizations to build robust, industry-specific applications, platforms and hardware systems to support their individual business transactions by creating open source distributed ledger frameworks and code bases. While Hyperledger has several different open source blockchain platforms and toolkits, one of its important platforms is Hyperledger Fabric, a permissioned framework.  All told, Hyperledger is a global collaboration of leaders in finance, banking, IoT, supply chain, manufacturing and technology. With support from IBM, Oracle, American Express, JP Morgan, Daimler, Intel, Hitachi and more than 200 other technology, finance and manufacturing industry leaders.

Going forward, the DLT industry has the potential to be a significant driver of innovation and growth for the global economy.  For this reason, Linux is planning to include core blockchain open source technology from Hyperledger in its System and is thereby insulating its community licensees from patent risk in this area.

As new threats arise from the ranks of operating companies and patent assertion entities, this organization will remain vigilant to ensure: fewer poor quality patents are issued; poor quality patents already granted are invalidated and the community of companies pledging patent non-aggression in the core of Linux and adjacent open source technology grows.

In order for the creativity and inventive capacities of the hundreds of thousands of people developing around DLT open source projects and platforms are realized, it’s vital that patent non-aggression in the core is safeguarded. Companies and individuals seeking to support patent non-aggression in DLT should join together and, so doing, commit to the onward sustainability of the collaborative model of innovation that is central to open source.