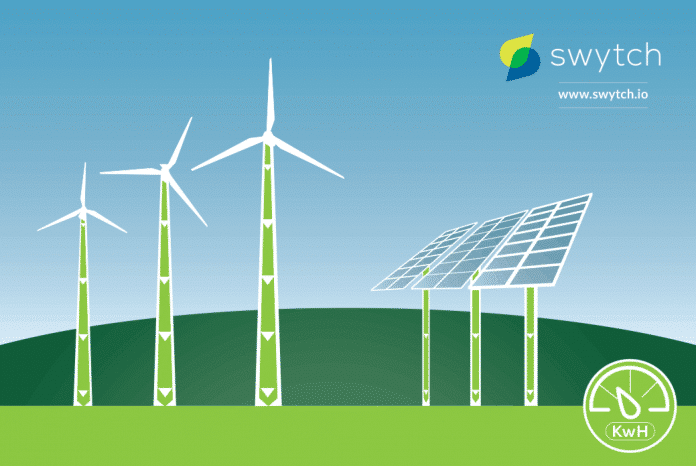 Swytch, a blockchain based clean energy solution announced today that its public token sale will launch on June 12 and last for no longer than 30 days, with a price of 0.50 USD per token. Swytch aims to reinvent the global renewable energy market by rewarding and enabling companies and individuals to participate in energy-saving activities and generate data to drive decisions and policy.

Founding partner and Managing Director of Swytch Evan Caron said, “The time is now to make a real impact in the global renewable energy space. We have been very busy securing partnerships, onboarding advisors and testing our technology over the past few months in order to position the project for long-term success.”

Earlier this month, he answered questions from the Swytch community:

The Swytch token sale date assignment follows the announcement last week that Swytch has become an affiliate of the Energy Web Foundation, a global nonprofit focused on increasing blockchain adoption across the energy sector. The Energy Web Foundation has more than 50 members around the globe, including some of the largest energy companies in the world.

Vice President of the Energy Web Foundation Ewald Hesse said, “Energy Web Foundation and our global ecosystem of affiliates are tenaciously working together to advance blockchain technology in the energy space. Of blockchain’s many potential uses in the energy sector, its role to help decarbonize electricity grids around the world is of utmost importance. We are excited to welcome Swytch into the EWF Affiliate network and support its efforts to help the world reduce its carbon footprint.”

In addition to the Energy Web Foundation partnership, Swytch has also secured partnerships with other well-known players in the energy and blockchain space including Bancor, Atonomi, an IoT device security company, and E2M, a European renewable energy aggregator.

Caron added, “The opportunity to work with other thought leaders in the space will allow Swytch to continuously stay ahead of the curve on both the blockchain and energy fronts. As an open-source clean energy blockchain platform, we look forward to working with EWF and its members to engage in the development and refinement of the Swytch platform.”