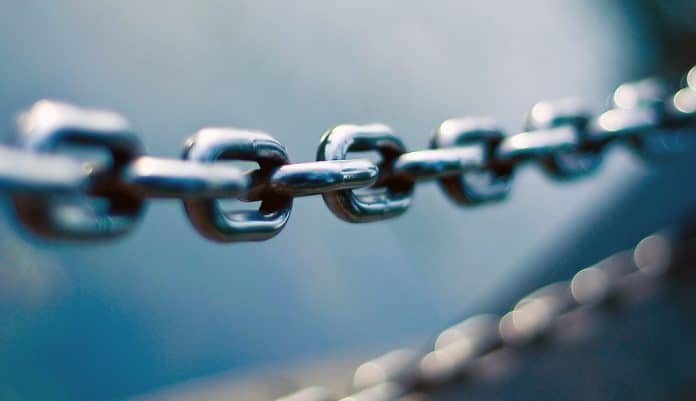 One of the most revolutionary aspects of recording information on a blockchain or distributed ledger is that the data becomes immutable. No one, including its creator, can alter it later.

However, the owner of the data has the power, through high-level cryptography, to offer access rights to whomever they choose. And they do this by signing the transaction using private keys or digital signatures.

Another powerful feature inherent in the technology is that users can carry their data around while remaining in control of it, while still having absolutely no power to tamper with it.

This means if they want to interact with a new service provider, they can offer the provider access to data on the distributed ledger and the new player is assured the data is authentic and has never been arbitrarily changed.

With centralized systems, players often have to basically collect their own data, either because those who have the same data can’t trust them or the authenticity of the data is questionable.

Consumers essentially have no say as to how their data is used once it is stored in third-party-owned servers. And when it is moved from one platform to another, little guarantee exists that its authenticity is maintained.

Where players share data, formal agreements or signed contracts are often necessary. This is necessitated by the fact that data is stored in silos that are vulnerable to manipulation and misuse if exposed to bad players.

The authenticity of data in the system is maintained only by controlling access to it. Given access, anyone can edit and change the nature of data involved to suit their interests.

In a decentralized, blockchain-based system, a patient in the healthcare sector, for instance, can exercise the right to share their medical records with an insurance company by signing a viewing transaction. The transaction can be made into a smart contract that specifies what data is accessible and for how long.

Since the data wasn’t created by the patient but by service providers who have attended to it over time, and since the data is immutable, the insurance company has little reason to distrust its authenticity.

Indeed, if blockchain does one thing well with this capability, it makes it possible for different players, platforms and companies to interface with one another securely and at insignificant costs.

Additional tools on the blockchain, such as smart contracts, have the potential to even further revolutionize how parties interact and do business across diverse industries and sectors. They provide high-level security, privacy and efficiency.

What is a blockchain?

A blockchain is a common, shared and immutable truth that users own on a peer-to-peer network over the internet, and that they help maintain and build upon. Another more concrete way to look at this is as a shared ledger. Every user can download a copy on which the agreed upon statuses of transactions get updated in real time according to specific rules.

No party can make arbitrary changes to the shared ledger, and if someone tries, the rest of the community ignores the edits.

The longest surviving shared ledger is the Bitcoin blockchain, which has been around since January 2009. It is a ledger for recording bitcoin transactions. While close to USD 150 billion worth of value is tracked on it, no one has ever been able to hack it or make arbitrary changes.

This is true regardless of the fact that, without being vetted or given permission, anyone can join the network that maintains the ledger.

Over time, the technology has been used in ways beyond tracking units of a digital currency. Its architecture can be used to build systems for storing, tracking, processing and sharing different forms of data.

On the shared and distributed ledger, an entity can access real-time data collected by another entity, without needing to have a formalized contract through real-world institutions, and without having to promise not to change the data. It improves transparency and thus trust, among different players, as everyone is assured that the shared truth cannot be tampered arbitrarily by any of the other parties.

With blockchain, it becomes possible for both persons and artificially intelligent devices or bots to interact as counterparties in a wider economy. Using smart contract applications, such entities can enter into fast-actionable agreements. And the process comes without the overhead involved with centralized facilitators of transactions.