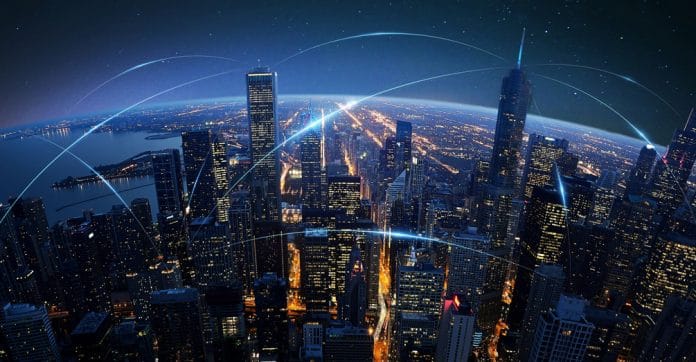 The National League of Cities released a report on Wednesday showing how blockchain technology could be used to transform our urban landscape via distribution of government benefits such as transportation, healthcare, and alternative energy. The report, Blockchain in Cities: Restoring Transparency and Trust in Digital Transactions, encourages city leaders to take note of lessons learned from urban conurbations already experimenting with blockchain, and to keep an open mind to changes the technology could bring about.

National League of Cities (NLC) CEO and Executive Director Clarence E. Anthony stated, “At a time when the fast-pace of technology challenges public trust, leaders need solutions tailored to an increasingly digital world. Blockchain technology could be the foundation of many solutions because it is transparent, seemingly hack-proof, efficient and economical.”

Proposals within the report include using blockchain to increase civic engagement and offer additional pathways for voting and business licensing, and using blockchain to expand inclusion in supporting the unbanked or underbanked who currently rely on non-banking services to pay bills and access government benefits. The report also explores how blockchain can strengthen local, alternative energy projects, like Energi Mine, and preparations for blockchain use in digital transportation infrastructure, as autonomous vehicles become more widely deployed. The NLC hopes that researching and initiating these measures will increase the effectiveness, efficiency, and capabilities of public services, while also creating a growing body of data for future research into improving city life for people from all walks of life.

Senior executive and director of NLC’s Center for City Solutions Brooks Rainwater said, “The opportunity for cities to utilize blockchain across municipal operations can help drive innovation. This technology could revolutionize diverse sectors of our economy and bring efficiencies of scale that previously required large, centralized operators in order to have an impact. Imagine decentralization, coordination and collaboration in a secure and autonomous way.”