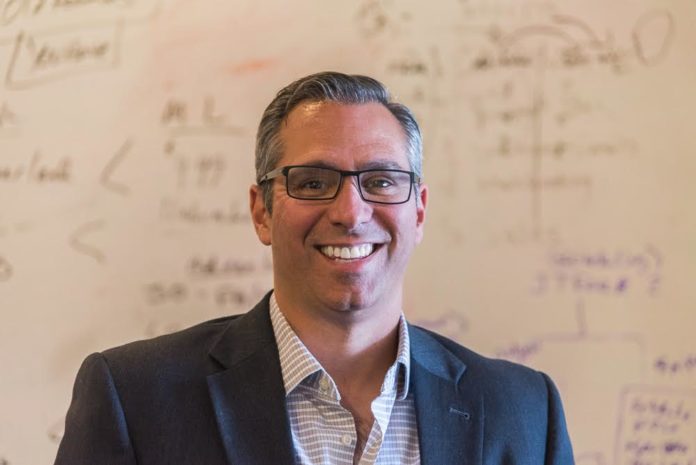 What do these individuals have in common: a millennial graduating from college, drowning in debt; a stay-at-home mom looking to bring in more income for her family; a disgruntled corporate employee looking to supplement his stagnant salary and a Baby Boomer searching for other ways to make money as they are squeezed out of the job market?

The answer is that they can all benefit from Moonlighting, an online freelancing job marketplace where the millennial, the “mobile-optimized mom,” the frustrated corporate employee, the Baby Boomer, and everyone in between can supplement their income through peer-to-peer employment opportunities.

“Not everybody went to a four-year college, not everybody knows how to start a business,” Jeff Tennery, CEO and co-founder of Moonlighting, says, “but I think everybody has something they’re passionate about that they can make money [from; for instance], you love pets and you want to walk dogs. The gig economy affords so much choice.”

In 2008, with four children to support and a newborn on the way to boot, Tennery faced unemployment as the market crashed. While being resourceful and fortunate enough to preserve his employment at a mobile business, Tennery still remembers the panic. “It stuck with me,” he says, “that frightening moment. When the market crashed and it seemed like the world was falling apart. I made a commitment to myself. I was going to build something.”

That promise came to fruition in 2013 when Tennery — along with Moonlighting co-founders Ritesh Johar and Roy Slater — started working nights and weekends creating the app, with the  goal of improving upon the LinkedIn system.

After investors informed the co-founders that they would need to put all their efforts into Moonlighting, the trio quit their day jobs and uber boosted their input.

It’s not all Uber

Unlike other prominent apps in the gig economy, such as TaskRabbit and Airbnb, Moonlighting isn’t all “Uber this, Uber that,” according to Tennery. Instead, the platform aims to improve upon the popular taxi app’s best qualities while expanding the protocol to fit a wide range of jobs, or “gigs,” all across the country.

“[It’s] really difficult to replicate Uber’s experience when there’s more complex jobs out there,” Tennery says. “It’s one thing to drive from Point A to Point B — a whole ‘nother ball of wax if you were going to be working on a website.”

Aptly named the “Swiss Army knife of the gig economy” by Forbes, the Moonlighting platform allows individuals to post job hirings as well as to apply for a wide range of tasks, including computer repair, proofreading, photography, car washing, painting and much more. Users can also negotiate prices and work peer-to-peer, leave reviews and recommendations on profiles and build their own freelancing businesses.

With five kids now and plenty of college bills, Tennery knows what it’s like to need an income boost. According to him, Moonlighting is chiefly for “when that unexpected bill comes, or you’re anticipating a new child; if you’re saving for education or retirement. I just fundamentally believe that we look at the employment marketplace as good right now when the wages and salaries haven’t gone up in two decades.”

Last summer, in 2017, an advisor introduced Tennery to the idea of blockchain technology and cryptocurrency meshing with Moonlighting. After considering whether the technology would improve the platform, and coming to the decision that it would, Tennery set about injecting it into the site, for one overall purpose: trust.

“Blockchain is going to bring — just like it will for banking, and government, and energy and all the places it’s likely to disrupt — I think it’s going to bring more trust, more fairness,” Tennery says.

The transition means all profile data on Moonlighting being transferred to the blockchain. Profile information — including education or training certificates — will also be verified by third parties. In addition, Tennery plans to make all profiles portable, meaning that users would only need to create one profile that could be used on any online employment marketplace.

To begin with, last month Moonlighting announced they were hosting a presale for their security token, which complies with the Securities and Exchange Commission’s guidelines. The company hopes to raise USD 25 million with the presale, and allow the users to utilize tokens to pay for each other’s services, for upgrades on the platform and for taking part in a rewards system. Overall, it allows the community to take part in the “democratic and beautiful” share of wealth.

Last week, Moonlighting also announced a ten-part short-video series. The videos will portray stories from users who have found success through Moonlighting. The series aims to show that “Moonlighting is not only this cool app, but it’s really helping to change people’s lives,” Tennery says. “It’s helping tell their stories of their interesting ways that they’re going about making money, and hopefully inspiring people [so] that they can do the same thing.”

The company has also announced their selection in a Google accelerated program that hosts only 25 companies of the thousands who applied.

Their overall goal, however, is to expand their user base, which they plan to do through international expansion to Canada and the United Kingdom in the coming months. “Listen, we’ve got 650,000 [users],” Tennery says. “We’ve got to take care of them. We think about them every day, but, boy, if we could get into the millions, we could help everyone.”