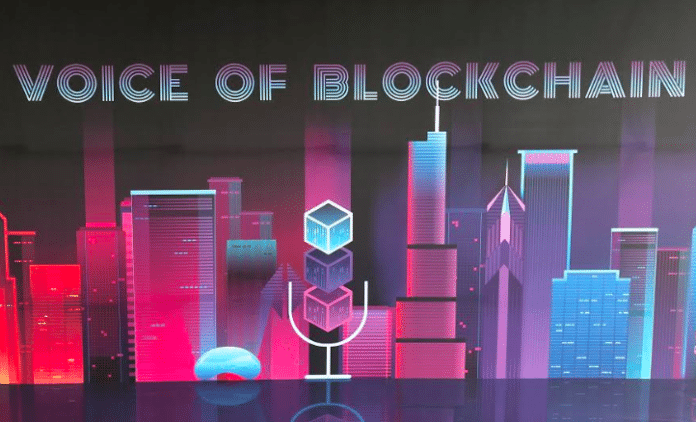 Even when a bear market shows it teeth, the diehards show up.

That’s the lesson that Joe Hernandez, organizer of Chicago’s first-ever Voice of Blockchain conference, is taking away from the first day of the event.

“People say that a market like this gets rid of the riffraff—but I like to believe that it really brings together people who are participating in [blockchain] technology for a purpose,” said Hernandez, who perhaps best known in Chicago as “Disruption Joe.”

It’s been a rough time for crypto and blockchain evangelists, with the New York Times reporting a post-boom malaise and a 75-percent value drop in “all outstanding digital tokens” since January.

Yet, the Voice of Blockchain conference attracted 1600 attendees to the cavernous Festival Hall A at Navy Pier. The speaker list includes Matt Roszak of Bloq, Jimmy Song of Blockchain Capital LLC, Will Munsil of Sweetbridge, Rumi Morales of Outlier Ventures and Edmund Moy, the 38th Director United States Mint. Blockchain News is a media sponsor of the event, which runs Aug. 24 and 25.

The uncertainty around the future regulation in the U.S. and down-trending crypto prices only fueled crystal-ball predictions from panelists and attendees.

“The future of crypto is centralized and regulated if you want to see it go to the next level,” said Tone Vays of the CryptoScam podcast, during the panel titled Geo-political Competition & Cryptoasset Markets.

Sharon Burns, CEO and founder of BlockData4Good, acted as an advisor for the convention’s social good strategy. BlockData4Good provides the nonprofits with new tools to fundraise using blockchain technology.

“The opportunities for social good are growing faster than fintech opportunities and any of other sectors,” said Burns. “The downturn in the market has not had a negative impact on innovation in the social good space.”

Some attendees are convinced that market spiral is only temporary.

“I stick around for the bear market, particularly in crypto. By the time the rest of the world figures it out, it’ll turn around,” said R. Darryl Thomas, chief executive “artreprenuer” at mwseq, a decentralized platform for recording artists.

“Crypto is here to stay, like it or not,” he said.