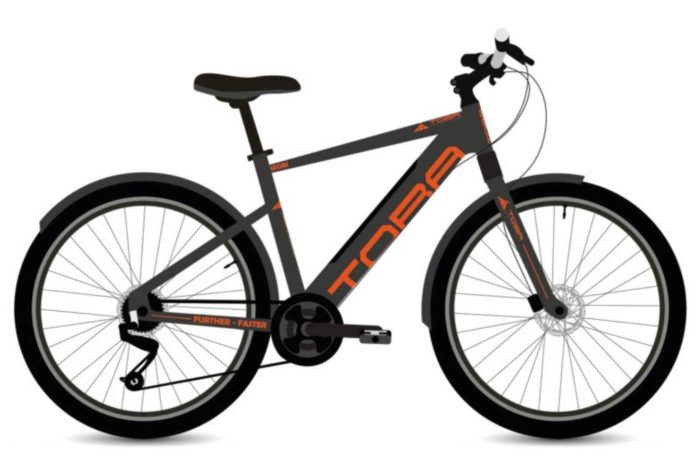 UK’s longest-running e-bike retailer 50cycles,  has come up with a new way for cyclists to turn their pedaled miles into digital cash. Tech savvy riders can generate unique tokens for hitting the road with their ‘TOBA’ bike, making digital cash for every 1,000 miles they pedal.
Founder and CEO of 50cycles Scott Snaith says he is aware of the fact that not everyone is completely understands the confusing world of cryptocurrency. This is why he and his team have vowed to give current customers, and everyone who buys a TOBA bike, the expertise they need to make it in the world of Bitcoin, Ethereum and Ripple, by offering classes.
“The classes are aimed at customers that want to learn a little bit more about the crypto space and also any owner of our new brand TOBA electric bike. It is likely many of them will not be familiar with with digital assets before they jump on board and start earning their own.” Said Scott Snaith. “We hope these classes with give our customers an insight in to what will be the future economy — a digital age that is just around the corner, as well as getting to grips with the TOBA electric bike.”
The lessons will be available free of charge to anyone who pre-orders a TOBA bike, and will cover the basics of safely buying, selling and storing digital currency.
Once customers get riding, coins can be redeemed across a number of brands and stores, or traded for popular digital tokens such as Litecoin, Bitcoin, XEM and Digibytes.
Snaith says the ebike essentially acts as a mobile ‘crypto miner’ – mining being the process used to release digital currency. But instead of being dished-out automatically, Bitcoin and other similar cryptos have to be unlocked by completing complex mathematical equations.
Here each turn of the TOBA bike’s wheel will unlock new tokens.
And the TOBA, which costs £2,595 to buy, is also an electrically-powered bike – featuring an electric motor used to add a boost to human pedal power, making it much easier to cover big distances.
Snaith explains: “This is not only the first electric bike of its kind, but it will be the first product ever to be tokenised and which will issue rewards for use. “As soon as they start pedaling, riders will be on the way to producing cryptocurrency — and every 1,000 miles should be enough to unlock a set amount to the equivalent of around £20, giving each of our customers an incentive to get on their bikes.
Keen cyclists in the UK regularly cover around 4,000 to 5,000 miles a year, through a mix of commuting and leisure rides. “It is a way of rewarding our customers and riders who are fully-committed to green transportation.”Snaith adds: “We have always been a company that moves ahead of the times by embracing the latest technology.
“Just like we saw the potential in electric bikes in Tokyo 15 years ago, we now see the promise and future in blockchain technology, cryptocurrency and product tokenisation.”
Snaith’s 50cycles is one of an increasing number of businesses to spot the potential in cryptocurrency.
Meanwhile ebikes are experiencing a popularity surge in the UK. According to the latest stats from HMRC, released last month, imports of ebikes have jumped from 50,000 to 62,500 in the last year alone. Ebikes accounted for just 5 per cent of the UK bike market in 2015, but that accelerated to 12 per cent in 2016. More recently, Halfords described a 220 per cent e-bike sales increase in 2017. In 2015, 1.2 million were sold in Europe, and it is estimated that this number will triple in 2022.
Snaith adds: “Getting back on two wheels in adulthood can be a fairly daunting experience, but it needn’t be with an ebike. They act as a gateway to riding and for exercising in general.“We should do all we can to make it an enjoyable and safe form of transport.”