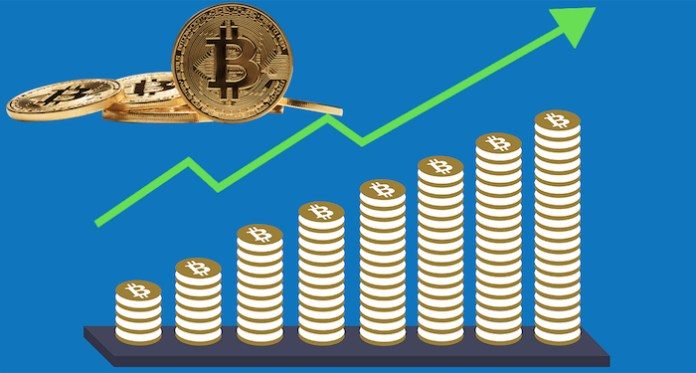 By David Thomas, Director and Co-Founder at GlobalBlock.

It was the American writer and entrepreneur Mark Twain who said, “Prophesy is a good line of business, but it is full of risks.”

So, as we turn our backs on a frankly dreadful 2018 for crypto markets and face 2019, it’s firstly time for us to see who is taking the risk to stick their neck out on crypto price predictions, and secondly for us here at GlobalBlock to note what we see as being key drivers for the market.

Mike Novogratz (the ex-Goldman Sachs billionaire fund manager and founder of Galaxy Digital) has given various predictions throughout 2018 which have been scrutinised, particularly as some of these have been less than accurate. Nevertheless, in a recent soundbite he suggests that it’s realistic to expect Bitcoin to reach US $20,000 next year. Sonny Singh (CCO of Bitcoin payment service provider Bitpay) is also quoted as saying, in line with Mike Novogratz, that a price point of US $20,000 is reasonable for Bitcoin in 2019.

Calvin Ayre (Founder of Bitcoin Cash and now figurehead of Bitcoin SV) believes that Bitcoin will go to zero in 2019.  This doesn’t reflect an overall bearish attitude towards crypto but more a belief that Bitcoin has now been superseded by more scalable technology and solutions.

Tom Lee (CEO of market research firm Fundstrat) and Sam Doctor (Fundstrat’s Quant Strategist) have had a brutal year considering some incredibly positive predictions for Bitcoin in 2018 which failed to materialise.  Whilst their outlook for 2019 isn’t quite so bullish as some they still believe that a Bitcoin price of US $36,000 is achievable.

Next up, let’s have a look at what GlobalBlock consider to be the key areas that could have the biggest impact on market prices and particularly Bitcoin next year.

The cryptocurrency industry has to date been viewed as the wild west; an analogy that is regularly wheeled out in any new immature financial market sector. Governments and institutions have been looking at the space over the last year and are poising themselves to make big moves, but hesitancy is the dominant force at present until assessment is made on how best to introduce regulation.  KYC (Know Your Customer) and AML (Anti-Money Laundering) regulations have become more stringent in recent years which has begun to tighten up the market and cut down on ‘bad actors’, and most within the industry are eagerly anticipating more oversight and regulation.  As Casey Kuhlman, Co-founder and CEO of blockchain tech firm Monax, put it, “the industry can and should benefit from transparency, speed, efficiently and reliability” afforded by regulation.

The Financial Action Task Force (FATF) recently revealed that crypto exchanges operating in the UK pose low risk for money laundering and terrorist financing. This provides a good starting point and hopefully as 2019 progresses and expected regulation arrives there will be increased trust in the industry, and institutional investors will be more confident to enter the market.

One of the hurdles for Bitcoin, in the eyes of mainstream investors is the perceived barrier of entry.  For many investors the challenge of buying, storing and safeguarding the coin is enough to turn them away from potentially getting involved in the sector.  Exchange Traded Funds (ETFs) would help mitigate risk by tracking the price of Bitcoin in a similar way to that of an index, and in the eyes of investors would remove the wild west image that Bitcoin has.

An ETF proposal was first submitted by VanEck and start-up SolidX, who partnered with the CBOE in early 2018. An ETF would be considered a reputable endorsement of Bitcoin which could bring further interest from institutional investors.  So far, however, no such approval has been forthcoming from the SEC. There were a series of major rejections throughout the course of this year, with Gemini (the Winklevoss brothers owned exchange) being the main applicant and one particular day seeing no fewer than nine dismissed in one go.  The verdict on SolidX’s proposal is set to be reviewed on the 27th February 2019.

And so, we come to our predictions for 2019, a chance for us to take a deep breath, and commit to print our thoughts and expectations for Bitcoin and the market over the next 12 months.

With the highs of December 2017 feeling like a lifetime ago, Bitcoin has continually fallen during 2018. If we look at previous trends it takes on average around 67 weeks for Bitcoin to recover and proceed to new all-time highs. If you follow this logic, then Bitcoin would be heading towards US $20,000 in the second quarter of 2019.  However, this is highly optimistic and whilst such highs should be reached again in the future, this short timeframe isn’t realistic given the hesitancy that will exist from a bruised investor base after this year.  With positive news, ETFs and regulation, we believe Bitcoin will recover to the US $8000-$10000 levels during 2019 which given where it is today would on balance be a decent year.

There is talk that Ethereum will further threaten Bitcoin’s market dominance, but we don’t share this view as Ethereum is a vastly different beast to Bitcoin. Essentially each of these coins serves its own niche and where Bitcoin is a digital currency, Ethereum is a vehicle for smart contracts. The main theory for Ethereum’s dominance comes from its scalability. Bitcoin’s block limit on the chain is 1MB with 3-4 transactions per second allowed. The Ethereum blockchain has no such limit and the number of transactions are entirely decided upon by the miners.

Bitcoin has made strides to combat transaction speed and bottleneck issues by implementing SegWit and Lightning, both of which help manage and ease the network more efficiently without actually changing the block size, however, Bitcoin is under threat from its own hardfork:  Bitcoin Cash.  When the fork occurred in August 2017, developers tried to take the brand and name ‘Bitcoin’ over to Bitcoin Cash (BCH) (Bitcoin Cash even owns the domain bitcoin.com, branding itself as Bitcoin when it isn’t.)

Bitcoin Cash, and its own hardfork Bitcoin SV (BSV) are innovations of the initial idea of Bitcoin. We use the word innovation loosely here due to the fact Bitcoin Cash is just set a larger block size to combat the scaling problem; if their network was to become as popular and widely used that 8MB blocks were filled, they could just raise it further.

To conclude, 2019 is setting itself up to be the most interesting time for Bitcoin and other cryptocurrencies.  We particularly look forward to how Bitcoin Cash and Bitcoin SV develop in relation to Bitcoin, which has some commentators speculating that it is make or break for the founding cryptocurrency.  One thing for certain is that cryptocurrency will continue to make headlines in one way or another and we believe there are many reasons to be positive in the year ahead for both cryptocurrencies and the underlying blockchain technology itself.

Very best wishes for the year ahead!