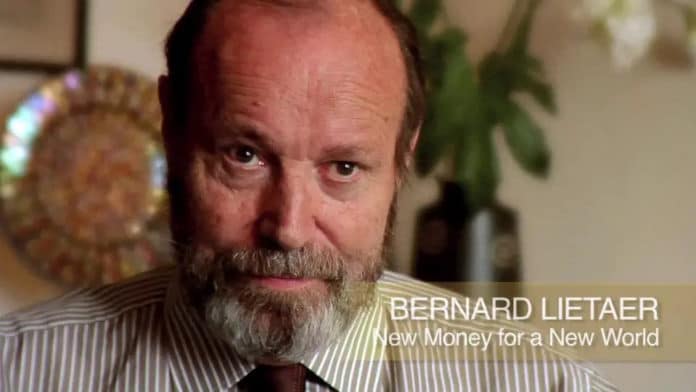 Sad news reached me today that one of our greatest monetary thinkers and one of the architects of the euro, Dr. Bernard Lietaer, has passed away.

I was lucky enough to spend hours with Bernard sharing stories and my knowledge of the cryptosphere and tokenomics over a series of Skype calls in 2017 and 2018 – and he was fascinated to see some of the dreams he had and wrote about in The Future of Money come to fruition via cryptocurrency and blockchain via the new movement – particularly with Bancor, which he was deeply involved and championed. He truly believed that money systems needed to be redesigned for social equity and environmental sustainability and wrote that fiat money was an obstacle to abundance. He argued that the monoculture of money was the root of economic instability, which only leads to liquidity crises’. He called for a greater diversity of alternative currencies, long before we entered the new millennium. Before Bitcoin was created, Bernard was a leading thinker in the field of community and complementary currencies.

Professor Lietaer authored more than 20 articles in peer-reviewed journals and more than a dozen books on monetary innovation, including The Future of Money, Creating Wealth, People Money and Money and Sustainability. The latter book, published in 2012, forecasted that “…the period 2007-2020 [will be] one of financial turmoil and gradual monetary breakdown.”

A former economist and professor at Paris-Sorbonne University and Research Fellow at the Berkeley Center for Sustainable Resource Development, professor of International Finance at the University of Louvain, he has also taught at Sonoma State University and Naropa University. He was also a Research Fellow at the Center for Sustainable Resources of the University of California at Berkeley and member of the Club of Rome, a Fellow of the World Academy of Arts and Sciences, the World Business Academy, and the European Academy of Sciences and Arts.

At the end of the 1960s he did post-graduate work at MIT on how multinational corporations could optimize the management of large numbers of currencies. This work was one of the very first applications of systems theory to international finance. In 1971, when President Nixon decided to end international convertibility of the U.S. dollar to gold Lietaer’s research for a number of marginal currencies suddenly became the only systematic research relating to how to deal with all the major currencies in the world. A major U.S. bank acquired exclusive rights to Lietaer’s approach and hired him to train a team of people to use it. He subsequently helped the largest mining company in Peru and the Peruvian government with computer models designed to maximize hard currency earnings from mining.

He worked for five years for the National Bank of Belgium where he helped design and implement the European Currency Unit which became the Euro, and served as the President of the Belgian Central Bank’s Electronic Payment System. Between 1987 and 1991 he was co-founder of one of the world’s first large-scale off-shore currency trading funds, GaiaCorp, whose Gaia Hedge II was one of the world’s top performing managed currency funds.

Bernard was the Chief Monetary Officer of cryptocurrency blockchain company Bancor and I know Galia Benartzi, Guy Benartzi, and Eyal Hertzog will deeply miss him as he was not only the champion of Bancor, but also their mentor and inspiration.

Take the time to watch Bernard and learn, as history can help us learn and shape the future. Bernard was a man years ahead of his time – who advocated for a more fair and just world, be reforming the financial system. For those of us who play in the field of cryptocurrency and blockchain, we need to look at those from the past, like Bernard, who ignited new ideas and cleared the path which we now follow.

Quotes on Bernard’s book, The Future of Money

In our present finance dominated world of tragic inequities, Lietaer’s brilliant analysis of what money is and how it can be put into the service of all humanity is a vital key to truly democratic globalization–the next evolutionary leap for our species!

“The mind of Bernard Lietaer is a rare mix of practical experience in modern finance, deep understanding of history, and lively imagination about the future.  Only such a mind could have produced so fresh and so lucid an analysis of how money has become an obstacle to abundance — and how conscious choices about new kinds of complementary money can help us fuse underused resources with underemployed people.”

The medium is the message. As Bernard Lietaer points out, the money system is not neutral. One way or another, our behaviour is heavily influenced by it. Can we change the way it works? This question concerns us all. The answer will help to decide the future of humanity and life on earth.  Lietaer’s authoritative practical experience of money and finance, underpinned by his awareness of the worldwide shift of consciousness now taking place, results in many thought-provoking insights… I wholeheartedly recommend it.”