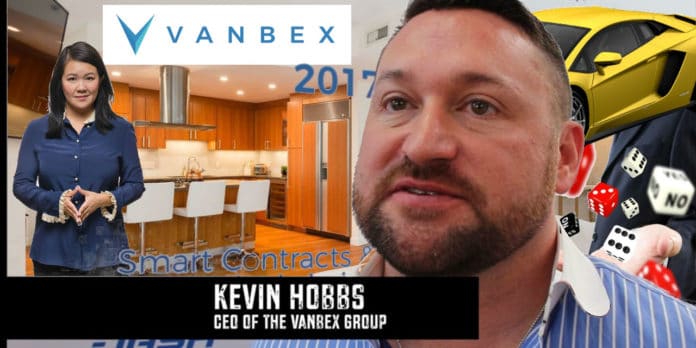 Canadian ICO and Blockchain services company Vanbex, is taking a former contractor to court for libel and say he lied to police and authorities which ignited a civil case against the company and resulted in the seizure of millions of dollars in properties, a Lamborghini and two Range Rovers, as reported in Blockchain News.

According to a blog post at Vanbex, Lisa Cheng and Kevin Hobbs are filing the lawsuit which alleges that the former contractor Kip Warner published and made false and defamatory statements to an associate of his in the Vancouver Police Department as well as the RCMP maliciously knowing that they were false or, alternatively, with reckless indifference to whether they were true or false, and for the main purpose of harming Kevin Hobbs, Lisa Cheng, and their company Vanbex.

Strangely, the Vanbex blog kicks off with an ad hominem attack on Warner calling him a 9-11 conspiracy theorist, which appears to be an attempt to discredit him for not believing the US government narrative on 9-11. Ironically, most Americans don’t believe the government story as shown by a Zogby 2007 poll which indicated that 51 percent of Americans wanted the United States Congress to probe President George W. Bush and Vice President Dick Cheney regarding the 9/11 attacks.  That more or less makes most Americans 9-11 conspiracy theorists.

They blame Warner’s actions for the Vancouver Sun article which called Vanbex a scam. But it seems the article in question appears to refer to civil forfeiture office’s claim and does not appear to quote Warner or use him as a source for the damning report.

The company issued the following comments:

Vanbex, no stranger to courtrooms it seems, was also taken to court in 2017, by former client Elev3n, LLC, for the alleged misuse of funds and copyrighted materials to develop its own website (Etherparty.io) and product to launch an Initial Coin Offering (ICO). The suit was filed in the United States District Court for the Eastern District of Pennsylvania on September 29, 2017 Elev3n, LLC v. Vanbex Group, Inc., et al, C.A. 2:17-cv-04350-AB, and according to court documents Vanbex misrepresented its capabilities as a company, which was founded by Lisa Cheng and whose CEO is Kevin Patrick Hobbs, for failing to disclose material and reasonable facts prior to engagement, including having no employees to carry out the work promised, inflating their capabilities and experiences in developing web/app platforms, failing to provide nearly all of the promised deliverables, receiving funds for services never rendered.

“…as the Director of Engineering, l had no engineers to direct. I did not have a workstation, there were no engineering schematics, working notes, source code, build environment, executable programs, object code, formulae, algorithms, data structures, or other materials essential to the actual functionality of the underlying technology.”

“Vanbex did not appear to have any technological assets – past or present. The only materials it had were promotional, browser-based cosmetic user interfaces, and marketing materials. I was the only software engineer with a relevant formal
academic background that they had ever retained.”

According to the PDF, once at Vanbex, Mr. Warner was instructed not to work on Elev3n’s platform, but instead work on internal products for Vanbex. For their own ICO.

In 2018, Vanbex also got hit with another lawsuit from a software company called Axel who wanted to tokenise their file management software which already had 3 million users – and wanted to do an ICO. Apparently, they paid $80,000 for two months retainer and claimed they got nothing for it. They demanded a jury trial and filed against Vanbex in 2018 for: