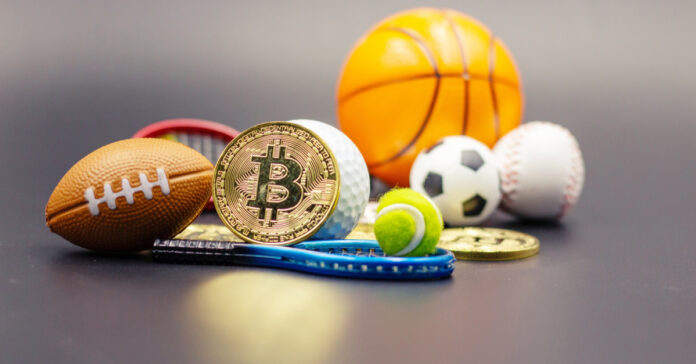 Following the growth in interest of everything blockchain-related, Chiliz, a company that has already become the most prominent in digital assets in the world of sports and entertainment, has now turned up the heat even further by launching its own digital network called Scoville.

This new network has been created to allow organizations and brands to have a place to create NFTs, play-to-earn games, and other loyalty programs on the platform. Scoville, which will also be known as Chiliz Chain 2.0 (CC2), has been developed with Ankr, who are well established in developing decentralized infrastructure. Because it’s Ethereum Virtual Machine (EVM) compatible, it also means the gas fees are up to 200 times cheaper than ETH.

The move is the latest landmark announcement for a company that has already partnered with over 130 sporting organizations and well-known franchises worldwide. Scoville will be powered by the $CHZ token, which has already been the driving force behind another venture in the world of sports. $CHZ is the blockchain utilized to facilitate the sale of fan tokens. These digital utility tokens on the Socios app platform have certainly shaken up the market of sports memorabilia in a big way. F fans of the partner clubs and organizations that have offered them to supporters have been snapping them up in their millions, as have investors. The digital offerings have given investors branded merchandise and added extra value by providing a unique way of actively engaging with those companies directly involved via exclusive owner’s polls to influence decisions made within their walls. It also further demonstrates the growing relationship between sport and the world of digital assets.

This engagement opportunity has certainly been utilized too, with huge soccer clubs such as Barcelona asking for help from those who own fan tokens. They have recently sought assistance deciding which of their current players should be honored in their Lineup Capsule, a collection of supporter jerseys to be put on sale ahead of the 2022/23 season. This community-based approach on the blockchain-inspired Chiliz to expand their business further, and early adopters of their first venture will see the fruits of Chiliz labor come to fruition before others, too, according to Alexandre Dreyfus, CEO of Chiliz and Socios. “Thanks to our 130 partners and our relationship with the world’s largest exchanges, CC2 is already a great layer 1 blockchain,” he said.

“It is a secure network effect, supported by the community, in which our current partners and many more sports and entertainment brands will be able to create all kinds of products and services for the Web3 and everything is powered by $CHZ. In many ways, this is the most important step forward of our project since the launch of the Socios.com app in 2019 and is a giant step for the $CHZ token, which will be the most important blockchain currency in sport and entertainment.”

Although we’re yet to see the impact that the Scoville could have on the blockchain, if it can be as disruptive in the world of sports and entertainment as Chiliz, then it will certainly be something that remains on the proverbial tips of our tongues for some time to come.