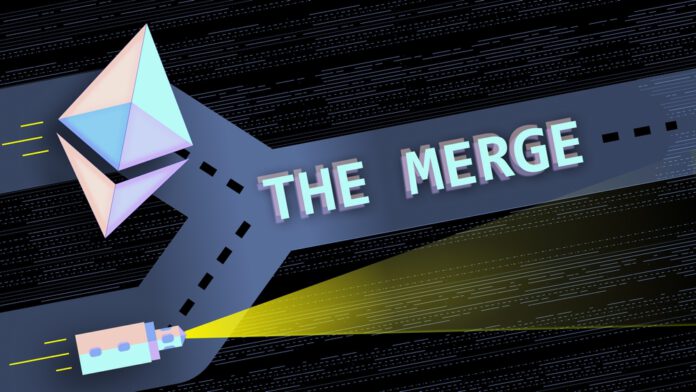 The Merge, which will see Ethereum move into a new era, leaving behind one consensus mechanism and beginning another, could not have come at a better time. Energy prices are soaring, the news about a warming earth is alarming, and the calls for energy reduction and greener solutions are growing louder each day. The stakes for the planet and its inhabitants are huge.

Ethereum was an energy inefficient network from day one, due to the old security system called proof-of-work, a system in which so called ”miners” gain the right to update the next block of transactions. This right was given by providing proof through solving challenging computational puzzles, after which miners earned new tokens in return. But there was a catch, in order to avoid too many new tokens from flooding the market, the puzzle solving got harder over time and subsequently also required more energy.

Digiconomist estimates that Ethereum miners have consumed 44.49 TWh per year which works out to 5.13 gigawatt on a continuing basis. This means that PoS (Proof-of-Stake), the mechanism Ethereum will be running on after the Merge, is ~2000x more energy efficient based on the estimates above – and this number might still be on the conservative side.

After the Merge a reduction of at least 99.95% in total energy use is expected. Proof of stake only requires appointed validators to agree that a transaction is accurate, and once enough nodes verify the transaction, it simply goes through. There is no more need for solving challenging and energy consuming computational puzzles.

“The merge to proof of stake dramatically reduces Ethereum’s power consumption by 99.95%. In terms of energy consumption, it will now sit alongside other protocols that are considered sustainable, such as Tezos, Solana and Algorand. Given it’s still the second biggest blockchain in the world by a big margin, it presents an opportunity for sustainable blockchain projects looking for a home.

Previously, a single transaction consumed enough energy to power an average US household for a whole week. Post-merge, it will be closer to boiling a kettle.”

So, after Ethereum will be transitioning to a new process for validating transactions, which should be done around the end of September, the environmental footprint should shrink significantly. No more puzzle solving altogether, and therefore eliminating the need for powerful hardware and massive amounts of electricity to keep the blockchain going. That is, if it all goes well. So, what could possibly go wrong?

Developers say there’s nothing to worry about—they’re confident the merge will have no impact on asset security or app functionality.

But there is always a but. Digital assets currently built on Ethereum could be duplicated during the Merge onto a forked proof-of work network. While the real versions of NFTs and Stablecoins will exist on the post-merge, proof-of-stake network, copies could therefore exist. Owners of these assets could sell these surplus tokens to make a buck.

But overall, the Merge should become a positive transition. The new Ethereum network will appeal to institutions that have concerns with the current environmental impact of proof-of-work. Smaller computers requiring less power will be able to use the new network. Ethereum’s security will also improve. An attack on the network will become a much more costly matter. But the planet will be the biggest winner with the 99,95% reduction of energy use.