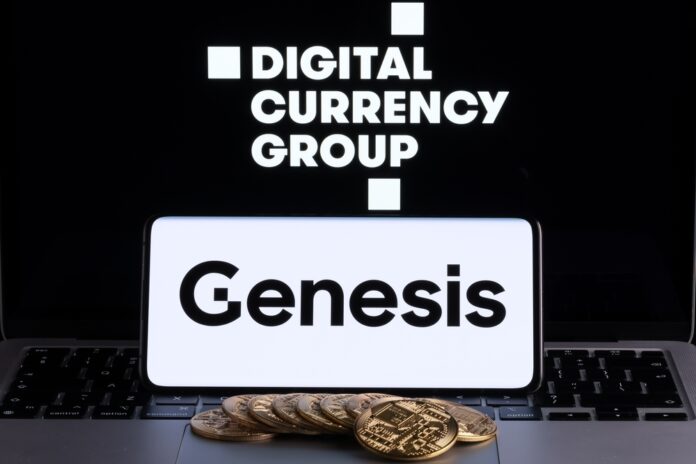 The American company Genesis, a money lender, has filed for partial bankruptcy. The company currently has about 3 billion dollars (2.77 billion euros) in debt.

Genesis is part of the Digital Currency Group (DCG), a conglomerate of more than 200 crypto-focused businesses.

One of Genesis’ main activities was lending money to crypto companies. It brokers digital assets for financial institutions like hedge funds and asset managers and had almost $3 billion in total active loans going on, at the end of the third quarter of last year. Genesis stopped giving out new loans and blocked customers from taking out money because of what it called “unprecedented market turmoil” that rippled through the market after FTX filed for bankruptcy in November.

The funds that were lent to crypto companies, were mostly based on investment money, but in November, Genesis’ management decided to stop giving investors access to their money due to the emerging problems. The company hoped to raise new capital, but to no avail, as reports had already shown that bankruptcy was imminent.

Genesis has now taken that unavoidable step, but only partially, focussed only on the lending arm of the company. Earlier in January, Genesis announced it was laying off 30% of its staff, taking it down to 145 employees. Other parts, such as its trading activities, will not be filing for bankruptcy but will remain active.

Jack Tan, Co-founder of WOO Network, commented on the recent bankruptcy: “Unfortunately, Genesis’ struggle shows that the contagion from FTX is not over, and this may further slow down the adoption and trust from institutions. However, we believe that the projects and teams with convictions can grow stronger out of this. We never like to see businesses suffer, but from an unsentimental perspective, the cryptocurrency industry’s lack of bailouts is doing the industry good. Instead of the incessant bailouts that we see in traditional finance (TradFi), the crypto asset industry has a habit of quickly killing off businesses that shouldn’t exist, leading to the faster evolution of the space.

The pricing of BTC is one good indicator of this long-term direction. Amid all these bankruptcies and FUD, BTC remained above $15,000 and continues to show positive momentum.”

The largest crypto platform in the Netherlands, Bitvavo, another company that recently ran into trouble, due to not being able to access 280 million euros in customer credits that were stored at Digital Currency Group, recently reported that Digital Currency Group is willing to repay at least about 70 percent of that money, but that there is still uncertainty about the rest.

The Dutch crypto company says that customers will not notice much of it, because Bitvavo promises to guarantee the outstanding amount. In a message on its own website, Bitvavo also claims that bankruptcy proceedings at Genesis will not jeopardize the customer funds, because there are still “assets available”.